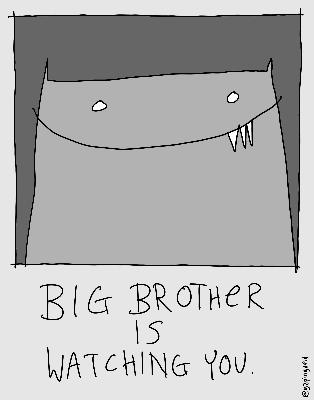 There’s a lovely article over on Quartz about the appendix George Orwell wrote for his book, “1984”, about how both poltical oppression and political liberation are both so intertwined WITH LANGUAGE:

After “THE END,” Orwell includes another chapter, an appendix, called “The Principles of Newspeak.” Since it has the trappings of a tedious scholarly treatise, readers often skip the appendix. But it changes our whole understanding of the novel. Written from some unspecified point in the future, it suggests that Big Brother was eventually defeated. The victory is attributed not to individual rebels or to The Brotherhood, an anonymous resistance group, but rather to language itself.

Geopolitical considerations aside, the meaning for my particular business is clear: “Inspired Spaces” are impossible without the language to express them properly.

I was thinking about how many of the truly great books I have been lucky enough to read (The Kill A Mockingbird, Moby Dick, Dubliners etc), I was first introduced to by my elders in school. In other words, to read the truly great books, a Master’s degree in English or Philosophy isn’t needed, a simple middle or high school education will do.

Because great language tends to go for simplicity and clartity. A great example would be Winston Churcill’s “We will fight them on the beaches” speech to Parliament, considered to be one of the best of the Twentieth Century (or of all time):

The enemy attacked on all sides with great strength and fierceness, and their main power, the power of their far more numerous Air Force, was thrown into the battle or else concentrated upon Dunkirk and the beaches.

See? He used the language that any twelve-year-old could easily understand.

Compare that to say, this doozie on Marxist dialectics:

“Inspired Spaces” requires the language to live there. Exactly.