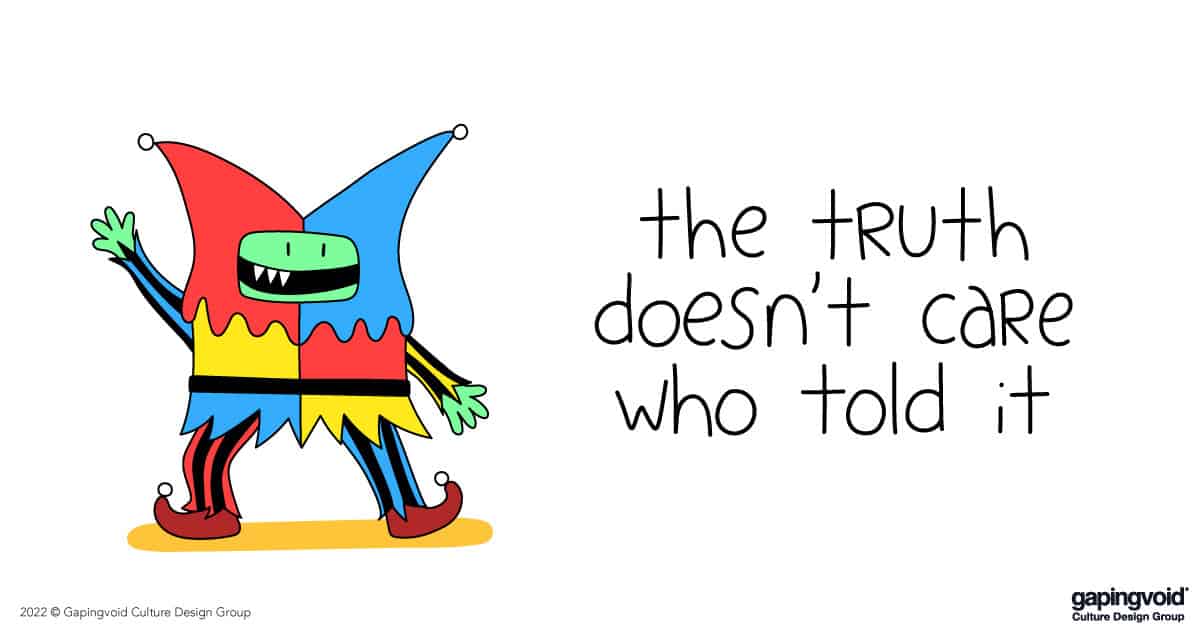 Kristel from Belgium wrote to us recently, questioning the merit of bringing back the role of the court jester in the business environment.

“I’m Belgium based and want to start a movement around re-installing the jester and creating a jester culture (open and inclusive feedback and creating a safe space). This is not rocket science to be honest, but maybe the C-Suite needs some external support. Not coaching, but a real jester holding the mirror and giving candid but respectful and human insight on blind spots, perceptions, and impact that leaders have on the organisation.

It’s an interesting thought. “As any fule kno,” in the old days, the Queen or King would keep the jester around because even if they were kind of silly looking and foolish, they could be relied upon to tell them the truth (unlike all the courtiers, groveling for position and status).

They say the higher you rise in a hierarchy, the harder it is to hear the straight dope because people think they have an incentive to tell you what they think you want to hear, rather than the actual truth. This can lead to disaster (“Why yes, Comrade Chairman, the harvest this year has been record high!” assured the apparatchik to Chairman Mao, three months before the Great Famine of 1959-61 killed 30 million people).

A business needs two things in order to be able to succeed in the long term:

1. A leader who is not scared of the truth.
2. The willingness and acuity to fix its mistakes.

Even our greatest world leaders are only human, which means, to use the British phrase, “they usually make five mistakes before breakfast.” Great leaders are not always superhuman geniuses. They are just as fallible as the rest of us and need to know when to cut their losses. Knowing how to accept constructive criticism and pivot when the path is fraught has more to do with a leader’s character (and the culture they create around them) than it does with IQ.

As Andrew Carnegie suggested his epitaph should read, “Here lies a man who was able to surround himself with men far cleverer than himself.” He knew a thing or two.