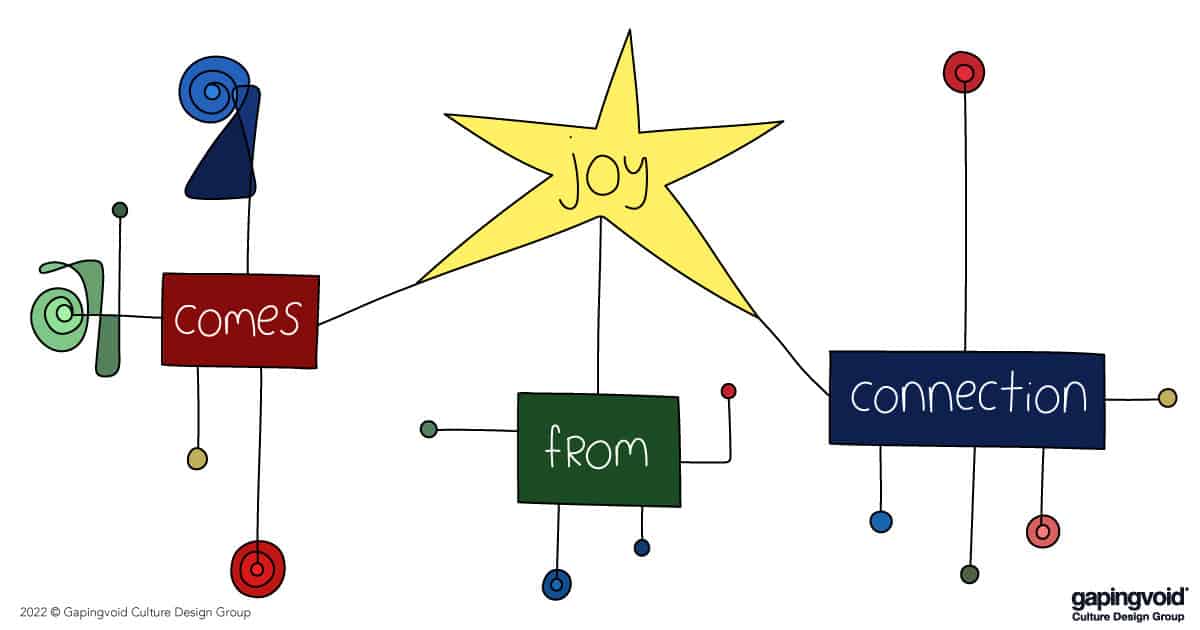 In Chapter Three of his bestselling book, “The Culture Code,” Daniel Coyle wrote about the famous WWI “Christmas Truce” of 1914.

On Christmas Day, both the English and the Germans stopped fighting in the Western Front trenches and started celebrating Christmas together. They swapped food and booze, exchanged presents, sang Carols (in English and German), and even played an impromptu soccer match in no man’s land (which Paul McCartney famously borrowed for one of his 1980s music videos).

It just happened organically. It wasn’t an officer initiative because the officers tried to prevent it from the top down and failed. It was just too massive.

What made these impromptu festivities possible, especially in such a highly charged and dangerous environment?

Coyle’s thesis is that it happened because the two sides, being in the constant close proximity that is trench warfare had already spent a few months sending “belonging cues” to each other. They lived in close enough proximity to realize that each side wasn’t all that different from the other.

They could smell each other’s cooking and cigarette smoke; they could hear each other sing songs around their fires. Many of them knew the other’s language as well – at least well enough to yell good-humored jokes and insults at each other. They also exchanged a host of mutual behaviors. “We’ll let you collect your dead and we won’t shoot at you, but you must be done by 11 am or the shooting will recommence,” or “we’ll gladly trade you this tin of tobacco for some of your loo paper.” Trench warfare meant they may have been enemies, but they were also neighbors. And neighbors, even if they hate each other, tend to find a way to get along (at least some of the time).

The other thing to remember is, both these countries, though at war, were culturally pretty similar. They were both Western Europeans. The English monarch at the time was from a German family, and both were Christian countries. Both had fought Napoleon in the last big war. So they shared a similar idea of common decency and assumed it in the other.

In a season of holidays, this story reminds us that events like Christmas 1914 don’t happen in a vacuum or in spaces void of meaning, but come out of shared experience and connection. We forget that at our peril.