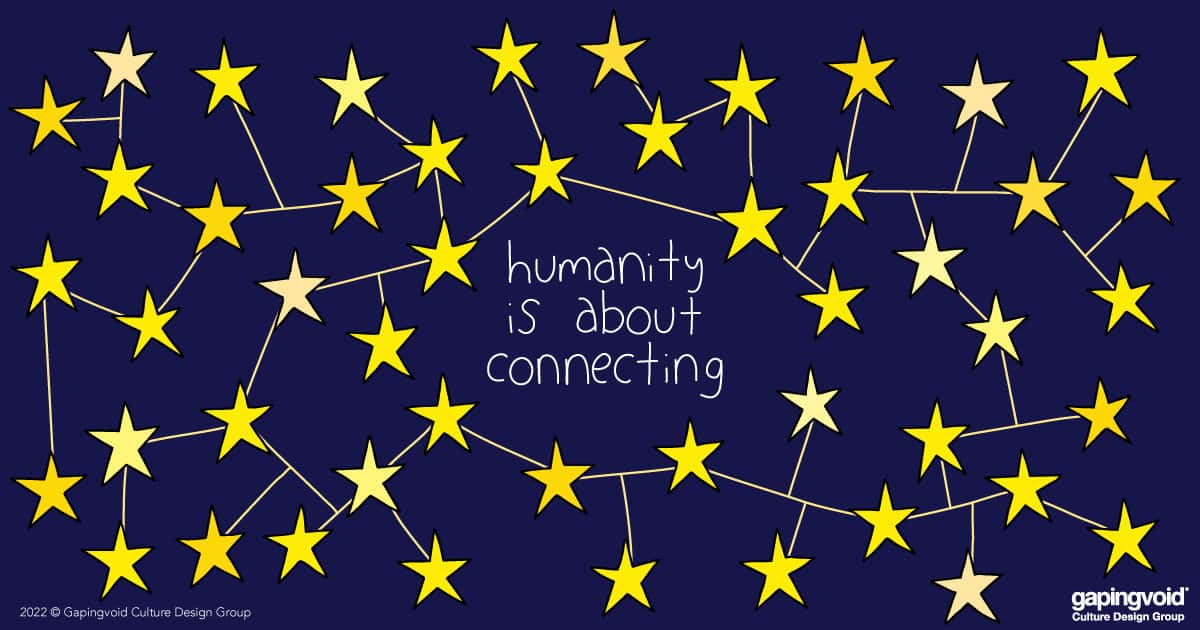 Congratulations to Argentina for their tremendous World Cup victory!

Once again, the tournament has demonstrated the amazing ability of sport to bring the world together on a global scale, a feat only matched by the Olympics.

But it begs the question, “why?” when you stop to think about it. Why is it that twenty-two men chasing a ball around a field is such a powerful metaphor? Why does it resonate so deeply?

There isn’t enough space here for the long answer. The short answer: because it supplies a relatively cheap and easy way for people to “connect at scale.”

Moroccans and Canadians, say, are very different people with very different backgrounds and cultures, but when their teams played against each other on December 1st, they were connected. Outside of sports, how often does that happen? Almost never.

Soccer not only provides the game and the venue for connection, but it also supplies the language for connection. The uniform colors? They mean something. National anthems? Ditto. Friendly sports rivalry reenacting old war rivalries, say, France and England? Ditto. An opportunity to sing Nessun Dorma? Ditto.

Even the poignant moment when the team from the troubled nation of Iran refused to sing their National Anthem, sent a message that connected with millions around the world.

Our need to “connect at scale” i.e. connect at different levels (we don’t just relate to people as members of small groups, we like being part of large groups too) is a powerful one, and will never go away.

So like everything else, it’s not really the game that matters, but the need to connect, the conversations around the game.

Social Objects 101, in other words.

And of course, your business, to thrive, must fulfill the same need in some way. Your goal is to create an environment where people are not just showing up for the paycheck.