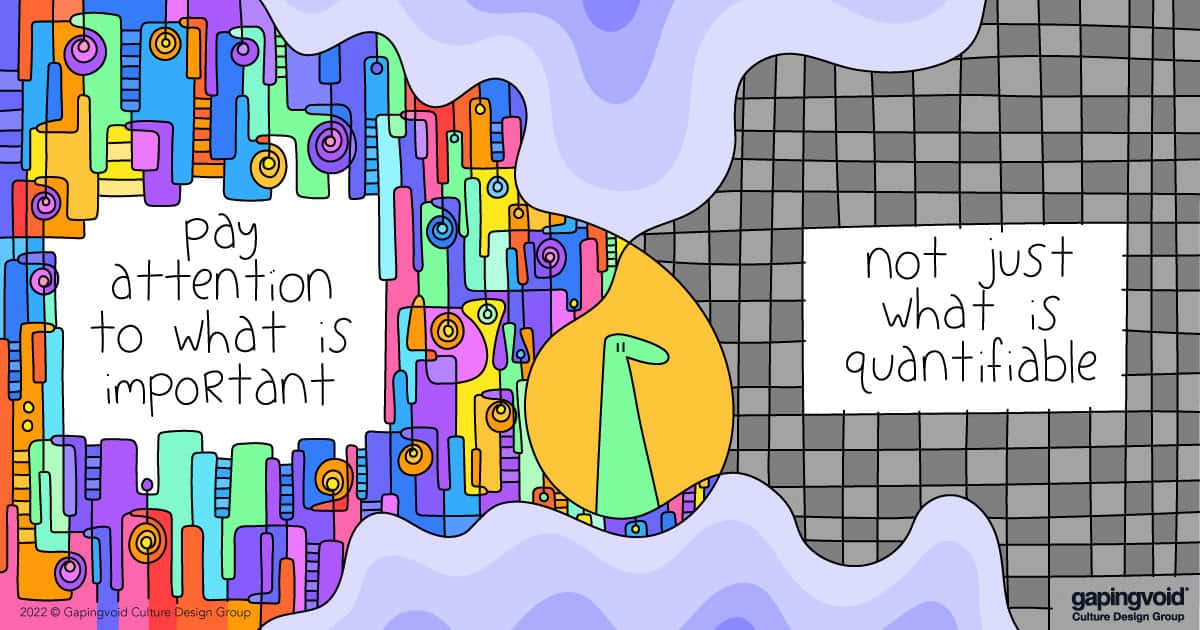 It’s a photo of a famous Harley Davidson motorcycle ad with all the things that the “suits” would typically object to, and try to fix – killing the ad, in other words. (©Harley Davidson) You see, the beauty of the ad is that it’s “non-linear.” It doesn’t give you a big list of “reasons to buy.” Instead, it paints a picture. It tells a story. It evokes an emotion.

The suits, on the other hand, are all thinking in a linear, box-checking fashion. They want to highlight the long list of product attributes (they are great, after all) and ram it down the throats of the consumer. And get completely ignored in the process.

The thing is, good advertising (good communication and problem-solving in general) is not linear. It’s more of a dance.

The Dartmouth professor and renowned systems thinker, Donella Meadows (1941-2001), wrote a brilliant poem called, “Dancing With Systems” as a manifesto for “Systems Thinking.” It gives pretty robust advice that has stood the test of time. Things like: embracing complexity and paying attention to what is important – not just what is quantifiable.

Humans by nature have a strong desire to control and predict. We want to know what happens at the end of the story, and we focus on those things we can measure and easily influence.

But as Meadows shares, “We can’t impose our will upon a system… “systems can’t be controlled, but they can be designed and redesigned. We can’t surge forward with certainty into a world of no surprises but we can expect surprises and learn from them and even profit from them… We can’t control systems or figure them out, but we can dance with them.”

Our lives, our businesses, and certainly our organizational cultures are complex, living systems that are non-linear and oblique. But that’s what makes them meaningful. To change them in any meaningful way requires adaptability, dynamism and as Meadows argues, a fair amount of dancing.