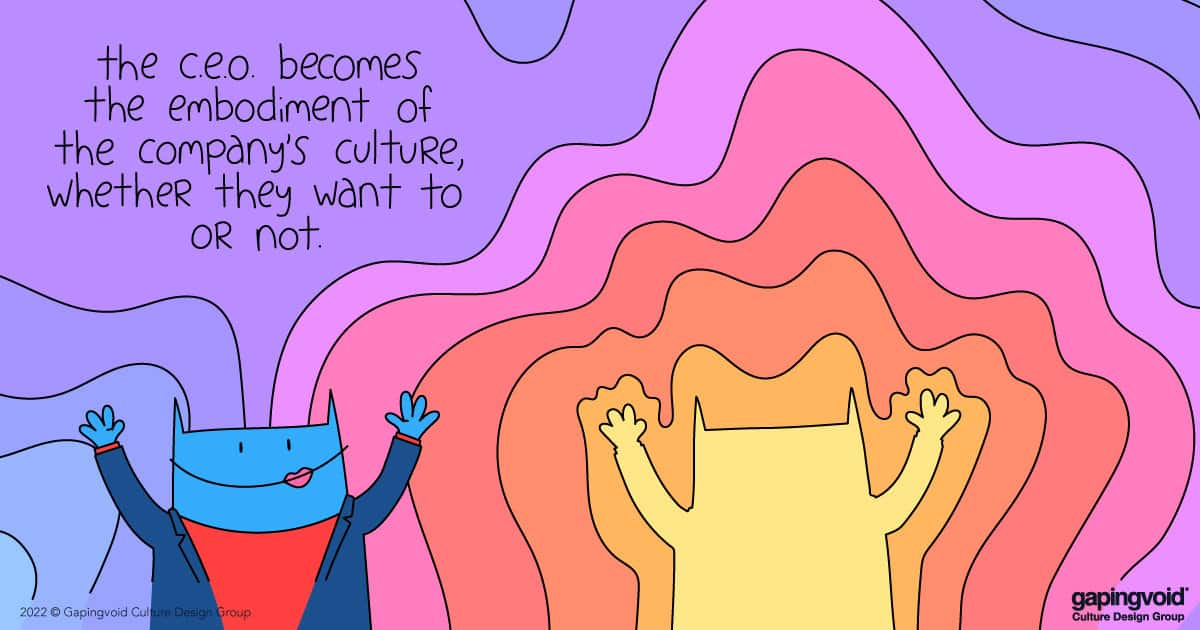 These graphs by Axios and HBR, revealing the most-wanted skills in the C-suite, got our attention.

They show that “culture” and other high-EQ qualities are increasingly important when boards are choosing a new CEO (at the expense of more hard skills like strategy, operations, domain knowledge, and industry experience).

As Axios and HBR show, it’s no longer safe to assume industry knowledge will guarantee success in the C-suite. Our complex companies with increasingly complex business models require an entirely different set of skills. Skills that are inherently social.

In our world, this makes perfect sense. As CEO, the job isn’t to do the work, it’s to create an environment where great work can be done.

It’s the CEO’s responsibility to set the North Star, creating higher purpose and meaning, and creating a strong culture. It’s the one job that can’t be outsourced.

Seeing companies like the Mavs embrace this is exciting. Mark Cuban, one of the country’s top investors and business leaders, brought on Cynthia “Cynt” Marshall as CEO of the Dallas Mavericks, making her the first Black woman CEO in NBA history. We met Cynt back during her 4-decade stint at AT&T where she was leading D&I, and she’s truly a formidable force.

What’s interesting to us is that Cuban hired her specifically to fix the Maverick’s culture, which had gotten toxic.

In other words, Cuban hired the “culture person” from one of Dallas’ biggest companies to come fix his much smaller Dallas company from the top down. He used “culture” as the most important metric for choosing one of his next CEOs.

That’s not a coincidence.

always nice to see your graph.