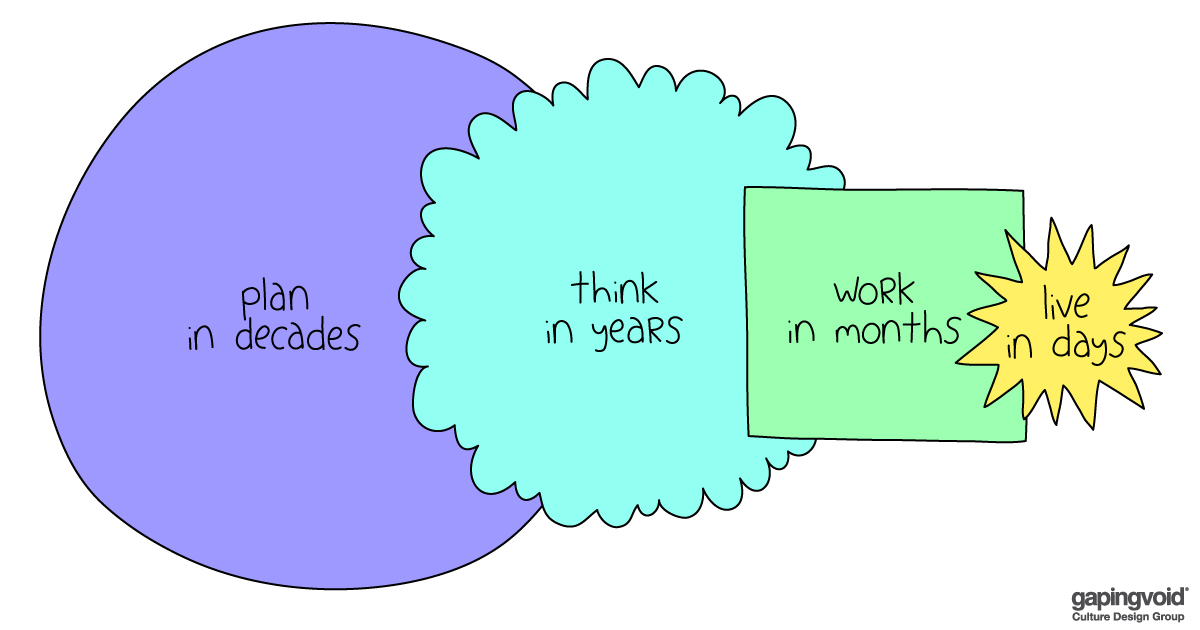 What if someone told you that your plans are doomed to fail?

That the act of planning itself is presumptuous?

That there is too much complexity, too much uncertainty, and too much you just don’t know about the future, to even bother with planning?

You’d probably disagree. And you’d be right to.

Unfortunately, a reflexive skepticism of planning is taking root in our culture.

As Peter Thiel reveals in his book Zero to One, there are two ways of viewing the future.

Definitism views the future as knowable, and predictable to an imperfect but workable extent. It believes the creation and execution of plans in light of well-thought-out predictions leads humanity upward.

Indefinitism views the future as unknowable and entirely unpredictable.

“Man plans, God laughs,” goes the old Yiddish saying. This is the voice of indefinitism.

And we disagree with it.

Yes, plans are subject to fail. Why? Reality is complex. Our foresight is imperfect.

But guess what’s more likely to result in failure? No plan at all.

In fact, we have an updated version of the old saying:

BONUS LINK- Gapingvoid Blog: “Our founders established the US on the principle of “Life Liberty and the Pursuit of happiness”, and for better or worse, this has made America a place of economic opportunity. White, black, brown, male, female, trans, whatever, striving to create something useful and meaningful of lasting value is our dominant characteristic. And we’re either raising our kids to thrive in that culture, or we’re not.”