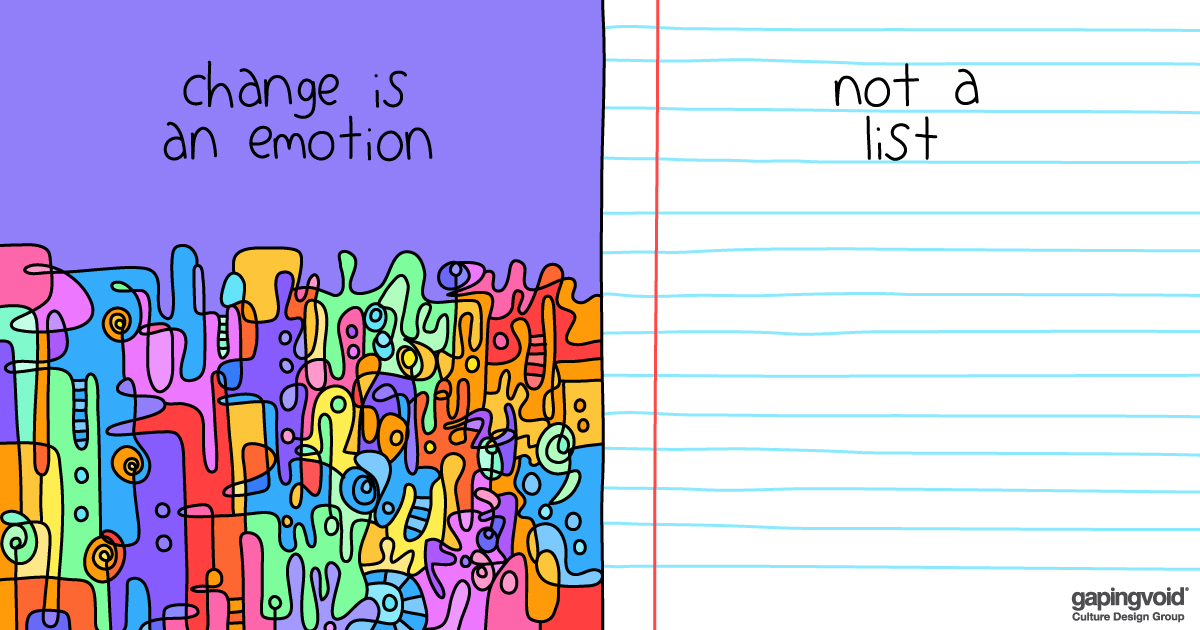 “Nothing happens until someone feels something.”

This is a core pillar of our work. It’s one of our “big” ideas.

Logic, reason, and evidence inform the heart, but it is the heart that decides.

Knowing more doesn’t turn into doing more. But if someone feels more, they’ll do more.

Beliefs and visions provide the scaffolding for logic and reason, not the other way around.

Beliefs and visions are feelings, not facts.

And they propel us forward. They give us a motive.

It exists in a place beyond logic.

It exists because someone feels something.

Nothing happens until someone feels something.

And ONLY when someone does feel something, can greatness begin to manifest itself.