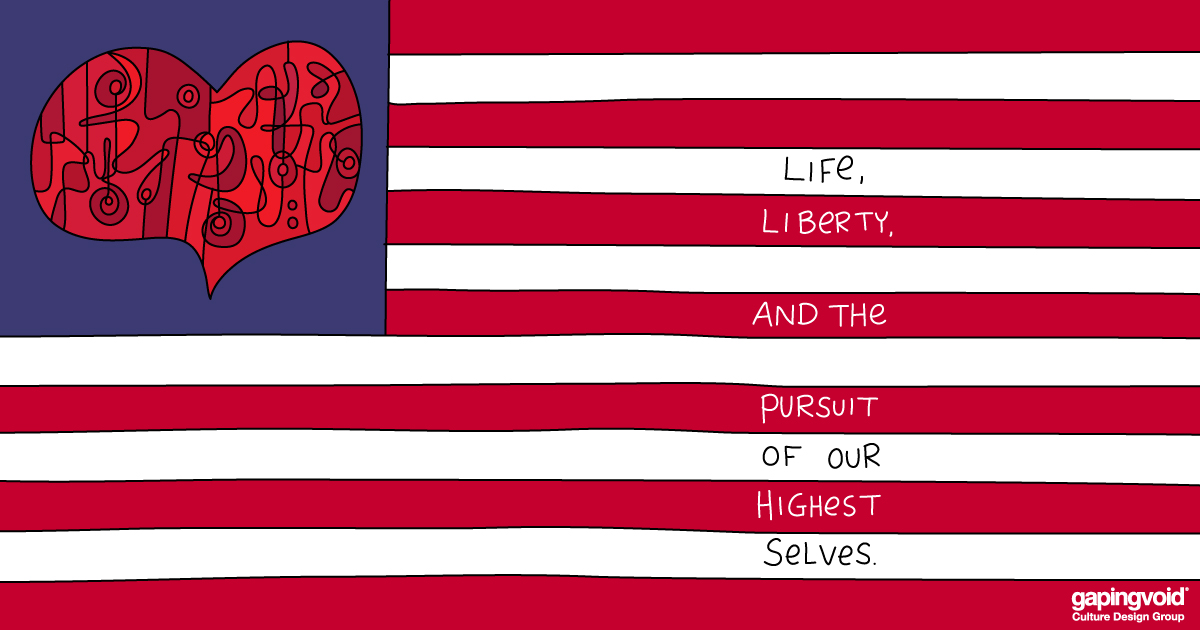 Factoid: In the Declaration of Independence, Jefferson famously wrote about “Life, liberty and the pursuit of happiness”.

Notice how he didn’t say, “the pursuit of pleasure”.

“Pleasure”, as in food, drink, sex, eating bonbons, partying in Miami, whatever.

He meant something else.

Hutcheson had this idea that the reason we were moral creatures, that we were able to act virtuously, was simply because we were hard-wired to do so.

That doing good was our greatest source of happiness.

Whether we were making a child smile, helping out a tourist with directions, or helping an unemployed friend out with the rent, doing something for others is what really made us truly, meaningfully, and sustainably happy at a biological level.

And this is what Jefferson was really talking about.

What makes this country great, I think, is not what it gives us (which is considerable), but what it allows us to give to others.

When we talk about American enterprise, this is what we mean. When we talk about “building something”, that is what we’re really after. The opportunity to be a net positive on this Earth. A producer of something meaningful and lasting, not just a passive consumer of bread and circuses.

That is the real American Dream. Lest we forget.

This week we launched The Culture Club on LinkedIn.