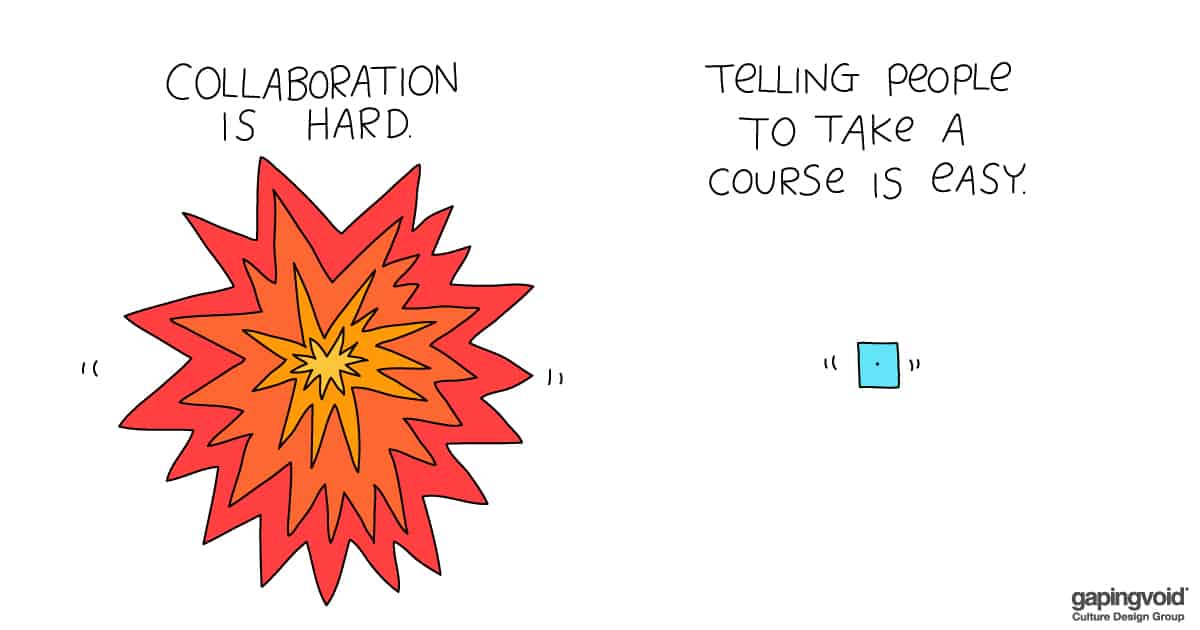 In 1959, Miles Davis released what one could argue was the greatest album of the Twentieth Century- certainly the greatest jazz album- “Kind of Blue”, on Columbia Records.

For the album, Davis assembled five other players to form a sextet, world-class jazzmen including John Coltrane, Cannonball Adderly, and Bill Evans.

All the musicians were black, except Bill Evans, who was white.

So Miles Davis didn’t like white people. Not really. Not as a whole. He’d seen too much.

But he liked Bill Evans.

Why? Because they knew each other. They liked and admired each other’s music, and Miles knew Bill had the chops. Bill was an amazing musician. If you listen to the record, it’s obvious. Miles even based the whole album- the best jazz album ever- around Evan’s magical, ethereal sound.

Evans wasn’t the token white dude, he was the linchpin of the entire project.

In other words, this Kind Of Blue sextet had become more “diverse and inclusive” because of socialization, not because Columbia Records’ HR department forced them into a conference room for diversity training.

You’ll see something similar if you ever hang out at a powerful innovation hub (which we have), like Microsoft Research or MIT Labs. Everybody in the room is of different colors, genders, nationalities, and sexual orientations.

And guess what? Nobody gives a crap. What’s given a crap about is the work that each person brings to the table, and whether or not they’re liked and trusted. Because that’s how innovators at the highest level operate.

This is also why most diversity, equity, and inclusion initiatives fail and fail miserably. Because “liked and trusted” cannot be trained. There’s no step-by-step procedure that turns on category-shattering collaborations.

It can only be socialized among people who, like Miles and Bill, have the chops