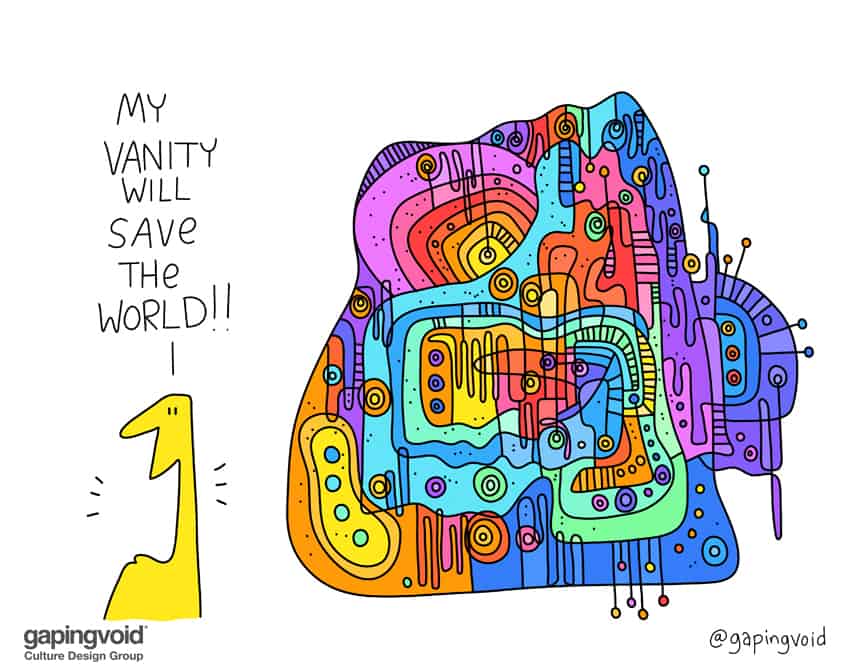 So you want to achieve greatness. You’ve decided that ho-hum mediocrity is not for you. Alrighty then.

Well, if you’re going to do that, you have to make a choice: whether to take The Big Road or The Little Road.

The Big Road means doing big stuff. Painting the Sistine Chapel, running a big company like Apple or Amazon, or directing a big movie like Apocalypse Now. This is epic. This is huge. “Look on my works, ye mighty, and despair” etc.

Whereas The Little Road is doing little things, but doing a lot of them often, over a long period of time. Jiro Ono became the world’s greatest sushi chef, simply by making one little piece of sushi at a time over fifty years. Philip Larkin wrote lots of REALLY GOOD short poems over a similar span of decades. Scott Adams did the same with his little four-panel Dilbert cartoons. Just by grinding away at it quietly, day after day, until it all somehow added up.

So which road is for you, Big or Little? Only you can answer that, but what we will say is that you have a lot more chance pulling it off if you take the Little Road, than the Big one. The drawback is, the Little Road may not have enough “red meat” for your egomaniacal, drama-queen tendencies to feed on. You might prefer something with a bit more fireworks, something that attracts more hangers-on and groupies, hence the Big Road awaits.