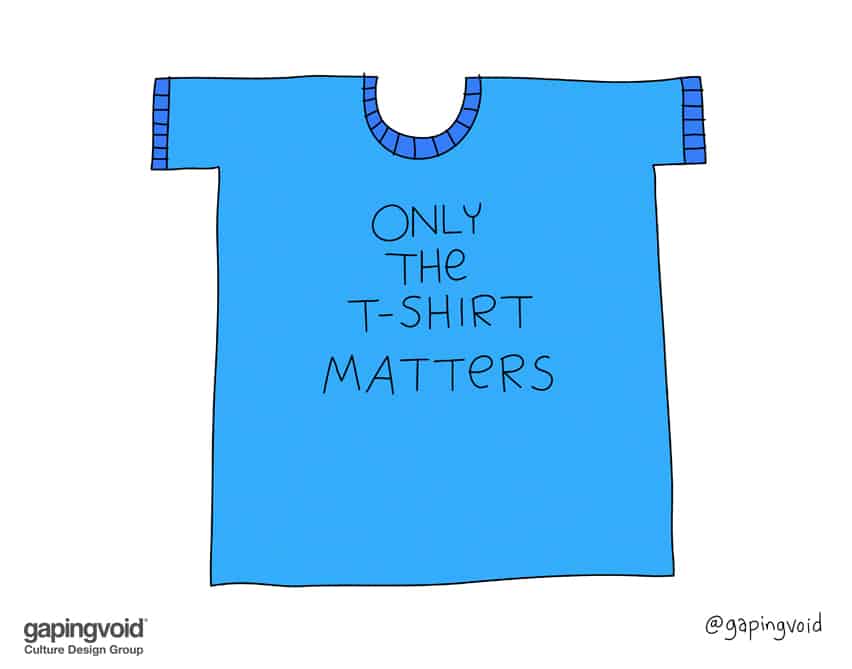 A couple of months back, one of New York’s oldest and busiest steakhouses in New York, Peter Luger’s (opened in 1887) got completely slammed by the food critic of The New York Times. It was brutal. It was ugly. There are no other words.

I’ve never eaten there, I have no dog in the fight, but here are some thoughts:

I assume there was a time, back in the day, when Peter Luger’s was actually really good. And because of their reputation, people came regardless, and they were allowed to slide. A story as old as time.

Or maybe there’s another angle: There was a time, two-three hundred years ago when Scotland had the best education system in the world. It wasn’t that Scottish people were any smarter than anyone else, it’s just that the Protestant Reformation came along, and suddenly everyone had to learn to read the Bible… So, when kids everywhere else were helping Daddy in the fields, the Scots were sending their kids to school to learn Scripture. This historical accident gave them an incredible head start, just in time for the Industrial Revolution. Eventually, of course, other countries would catch up. But to this day the Scots still take a lot of pride in their education system, even if the reasons that made it superior to everyone else’s, ran their course centuries ago. What do you call this, “institutional complacency”? Maybe Peter Luger’s was never that good by today’s standards, it’s just their long-term customers measure them with a long-outdated yardstick. Nothing wrong with that. As I said, I’m no expert.

So what do you do if someone like The New York Times comes along and blows a (justified) six-foot hole in the side of your boat? How do you recover? Short answer: With great difficulty. Yes, it can be done, but damn…

When we say “searching for the Holy Grail” in business, we usually mean a certain sweet spot between something very desirable and something hard to attain: a terrific product with an insanely low price, for example. But that’s not what The Holy Grail means in the actual Arthurian Legends, where the object originates. The Holy Grail represents a certain spiritual whole that WE ONCE HAD, BUT LOST, AND ARE NOW AGAIN STRIVING TO RECOVER.

The point, then, is not to discover something great, but to rediscover the greatness you once had. That is the REAL Holy Grail in business. Because ALL businesses have to do it eventually. Every business loses its mojo over time, and it’s the role of a great leader to (A) acknowledge the loss and then (B) rediscover said greatness. Steve Jobs did it. Satya Nadella did it. Now it’s Peter Luger’s owners’ turn. I wish them well.