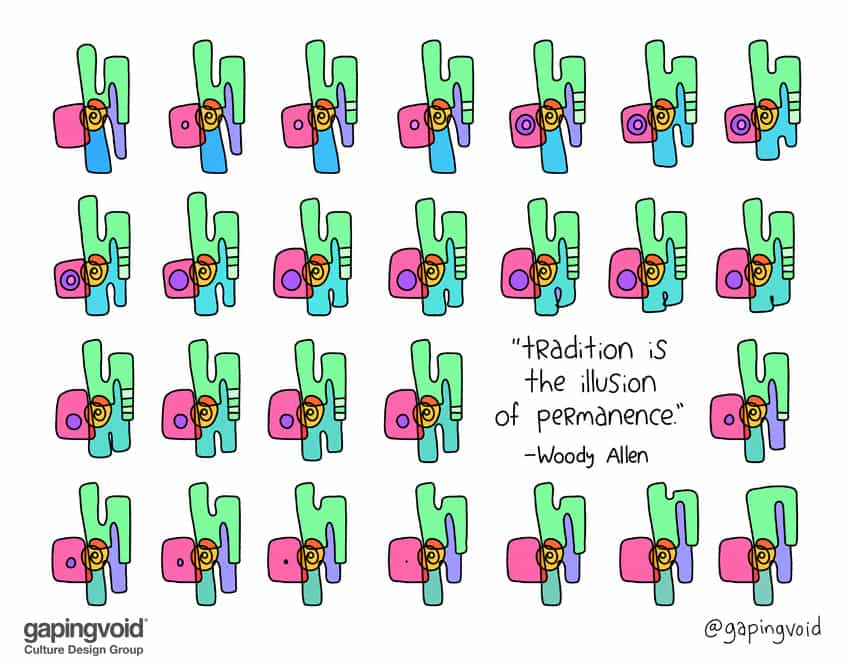 So it turns out, WeWork wasn’t the biggest business story of last year. That was just silly people with silly money doing silly things. Had they never existed, the world would still be pretty much the same.

The airplane came out of the technology spawned from the B-52 bomber (the last B-52 was built in 1962 when JFK was still alive, and they’re still being flown today, THAT’S how successful that technology is). From our Air Force work, we know that our B-52H Stratofortress still forms the foundation of our nuclear bomber force.

Other offspring of the B-52 had more glamorous careers- the Boeing 707, say, or the famous 747 Jumbo– but it was the plain, medium-sized, no-fuss 737 that was easily their most successful product, a major part of the United States, European and Asian markets, flying thousands of times a day for 50 years between workaday destinations like Cleveland, El Paso, Gatwick, and Nice.

We’re talking about one of the most successful products of all time. Trillions of dollars over the years, over 7,000 delivered aircraft since 1967 at a current cost of $100-140 Million a copy. (Jumbos run closer to $500M).

So what’s the point? Woody Allen once said that “tradition is the illusion of permanence”, and when there are also many billions of dollars attached to that tradition, things can get out of hand. It’s well established at this point that the failure at Boeing was a failure of culture. But this is a six-step plan to catastrophe that has plagued many engineering cultures where human life hangs in the balance.

When CEOs and overall corporate cultures fail, so often there is a pervasive culture of fear involved.

Unfortunately, what went down with Muilenburg isn’t uncommon. From space travel to airlines to oil and gas and mining disasters to countless other industries that impact public safety, we’ve seen the following flow chart to disaster countless times:

1) The defect is known by engineers
2) It is called to the attention of senior leadership.
3) This fact/problem is inconvenient.
4) The questioning parties are shut down.
5) The operations continue until…
6) People die followed by lots of hand wringing.

Averting disaster, and finding real solutions begin by bringing in fresh viewpoints and giving these people the space to express divergent opinions without repercussions. This is not ‘inclusion’ for the sake of ‘diversity’, it is ‘inclusion’ for the sake of human life in some organizations, in others it reflects the soul of innovation, collaboration and all of those ‘elusive’ outcomes.

When we work on Diversity and Inclusion, most of the ‘Inclusion’ is really about just this. Allowing people with dissenting opinions to be heard: 737MAX, Challenger and BP’s Deepwater Horizon. Same problem in different guises. If you are in an industry where human life is at risk, one foundational principle must be inclusion.

The 2020s will be the decade of culture, and we believe it will be precisely because organizations large and small will embrace Culture as a Management System. The only way to avoid these kinds of tragedies.