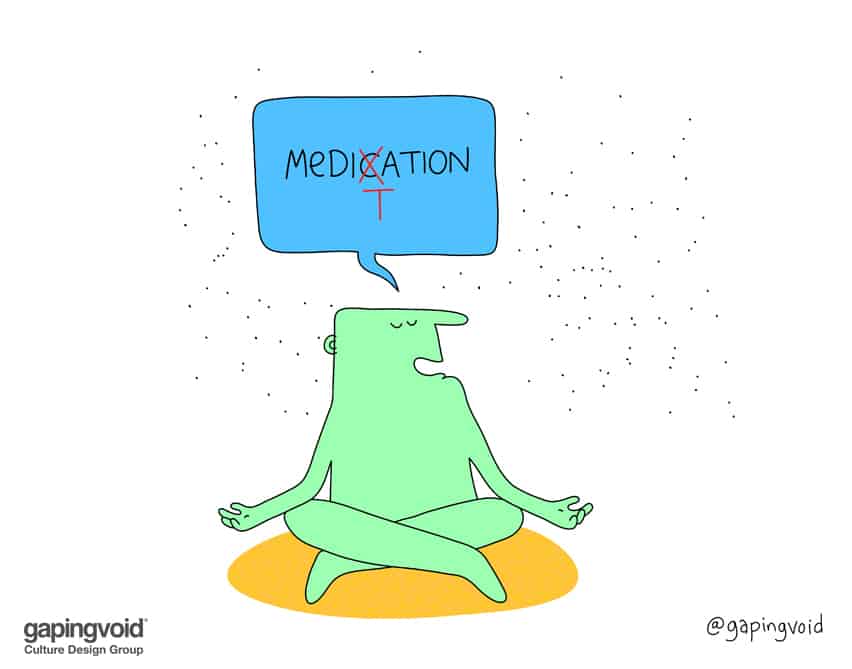 Think of mistakes in business. Think of the great business disasters say, the 1990s AOL-TimeWarner merger, or Coca Cola changing their secret formula in the 1980s, or Softbank recently giving all those billions to WeWork. Stuff like that.

As with all big business mistakes, they happened not because the people involved were stupid, or because they didn’t have the data. They were some of the smartest people in the world, they had both plenty of resources and plenty of data.

And yet… off the cliff they went, willy nilly.

The reason? Ego, of course.

Somewhere along the line, they let pride get the better of them, with disastrous results. The great ancient books- The Bible, The Iliad, etc.- are full of such stories. Pride has always been part of the human condition; it’s one of the Seven Deadly Sins for a reason.

This is why the great hedge fund manager, Ray Dalio recommends meditation. It helps him remove his ego from the equation, it allows him to practice what’s called “self-transcendence”.

Do you want to be a “Master Of The Universe”? First, try mastering that oversized ego of yours. Meditation can help, so can a lot of things. Let us know how you get on.