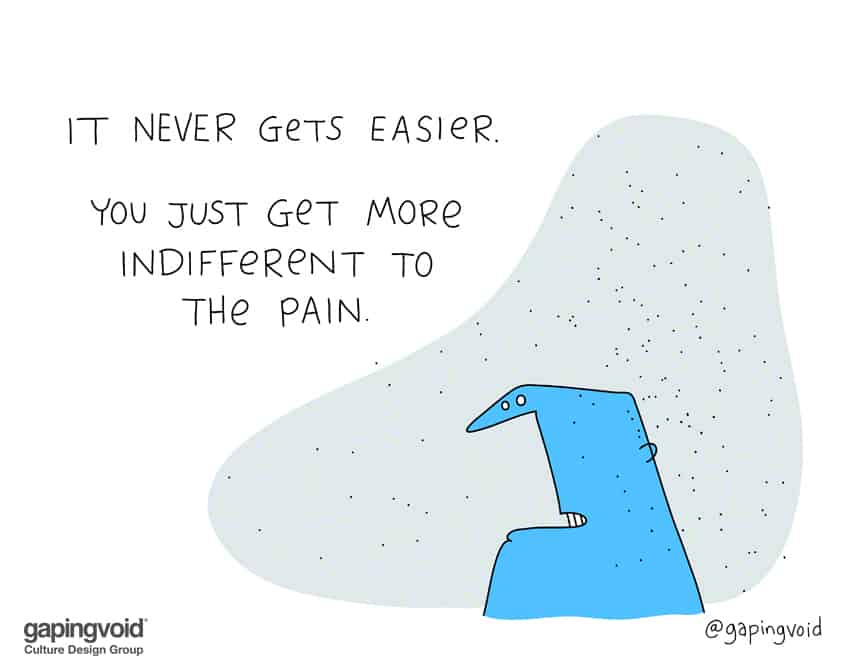 The great 90’s feminist writer, the late Cynthia Heimel, once made a lovely point about moving to Hollywood from New York.

And her point was, that in Hollywood, no one has real conversations.

That’s because Hollywood is a very small town. Everyone knows each other, and the sands are always shifting. That person sitting across the table from you- next year she might offer you a job on the next Spiderman movie, but the year after you could just as easily be offering her a job on that “You’ve Got Mail” remake.

So you can’t afford to offend each other. And it being a small town, you certainly can’t get a reputation for being a pain in the behind, or controversial, or yes, “politically incorrect”, because once you get a negative reputation, you are blacklisted, kicked out of the club, told to go home.

So instead of vigorously arguing ideas, people just try to figure out what the consensus is, and agree with it:

Hard to have an interesting conversation if all you’re doing is spewing out the same pleasantries as everyone else.

Is it a bubble? Is it an echo chamber? Of course. But once you’ve been invited to sit at the high table, where else can you go, besides down? So you grin and bear it.

So maybe this is a good way of figuring out that you’ve finally “made it”- suddenly everything is terribly dull and tedious.

Be grateful that you’re still struggling…