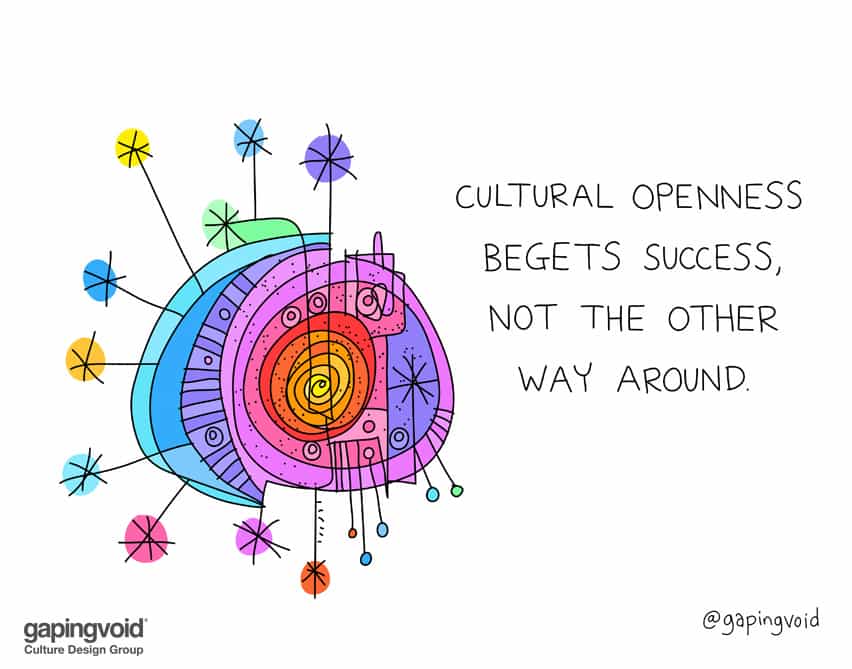 There’s a rather common belief that success is the precursor to virtue, not the other way around.

i.e. “We’ll be open and curious and generous and innovative and all those good things AFTER we make our first ten million. In the meantime, we’re just a bunch of hard-nosed hard-asses who don’t give a hoot.”

Whereas the more experiences you have, the more you realize that the reason so-and-so were successful was that they WERE “curious and generous and innovative and all those good things” to begin with, with the worldly success coming later.

So be it with cultural openness. The more of it you have, the more likely you’re going to try things your competition didn’t even think of. It is not, repeat not just a nice luxury appendage to have, once the real work has been done.