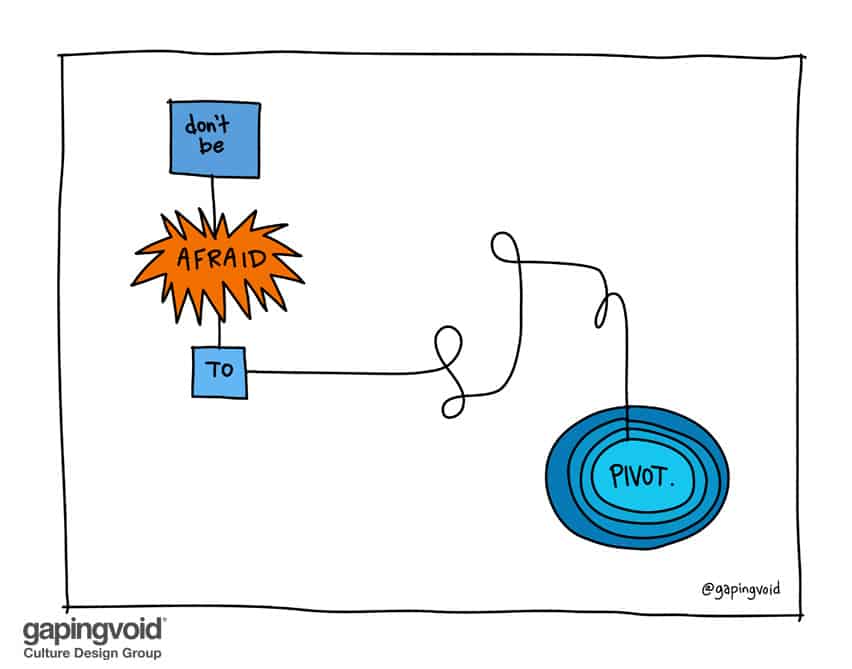 It’s a funny thing about the tech press.

Whenever a company “pivots”, they see it as a sign of failure.

You’re now a media company? I thought you were a retail company!

Do you sell gourmet coffee? I thought you just sold gourmet cheese!

The thing is, as William Goldman, the Hollywood screenwriter said, “Nobody knows anything”.

i.e. Nobody really knows where the money comes from.

Leo Burnett’s cowboy- the Marlboro Man– was the most successful ad campaign of the Twentieth Century.

But once the original campaign was launched, it took them another eight years of messing around with other “manly” motifs- weight lifters, sailors, war correspondents-  before they settled exclusively on the cowboy.

Another way of saying, eight years of *pivoting*.

Again, nobody really knows where the money comes from. At least, not at first. That’s why “pivoting” is built into the design.