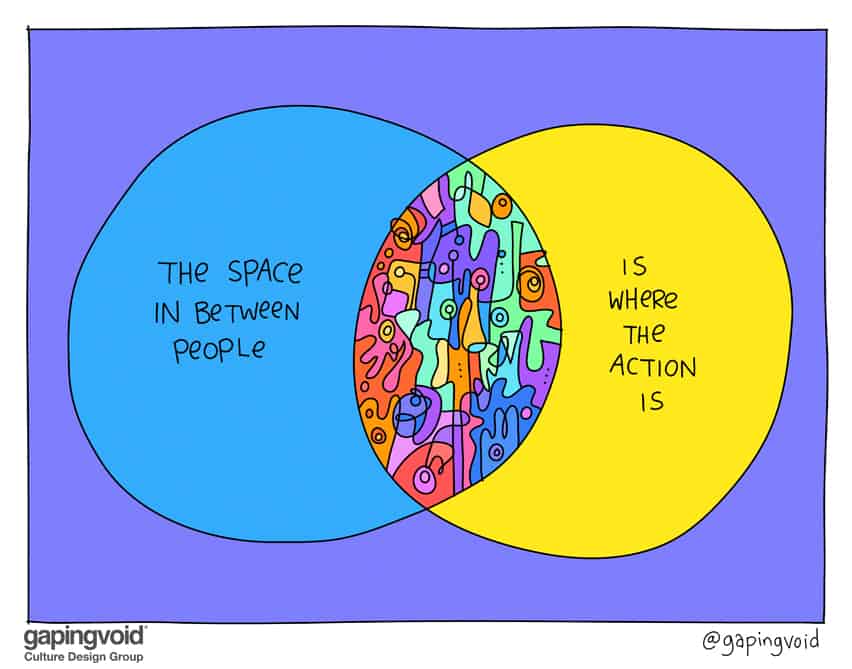 Our long-time friend, Mark Earls is one of the most interesting minds in the advertising business. A planning guru at the legendary London agency, St Luke’s, then onto Ogilvy London to work under Rory Sutherland, it was his 2009 book, “Herd” that set the industry on fire. Herd’s big idea was that consumer behavior can be better understood not in terms of classic Western individualism, but in terms of humans being hyper-social primates, who always act in “herd” fashion, even when we think otherwise. Mark continues to shake things up from his London base, where he now works as a consultant.

“Winning hearts and minds” is a phrase I hear a lot from business leaders I know. Whether it’s about engaging staff, customers and partners like distributors to meet a challenge or deliver some change. Note we say it’s “hearts [NOT JUST] minds”: we recognize the need to speak to the emotional not just rational part of the people whose behaviour we want to change.

It’s a good idea but not a new one – the Ancient Greeks’ rhetoric classes were all geared to good as well as, logical persuasive argument. John Adams wrote of the importance of the American Revolution winning hearts and minds of the citizenry, JFK talked of “hearts and minds” as a key US Foreign policy tactic to ensure peace during the Cold War. And even today, the US Military’s Counterinsurgency Field Manual agrees: “Protracted popular war is best countered by winning the ‘hearts and minds’ of the populace”.

But is “hearts and minds” enough for any of us? Is the place we should be focusing our efforts between an individual’s ears?

The space between us is the space where leadership and marketing efforts alike need to focus.

We are after all social creatures, not little isolated units of humanity. Most human life is lived in the company or the shadow of other people. In work as at home. It is the space between us that shapes our behaviour as much as anything.

The physical space – yes, that’s why need to spend time and effort on creating the right environment to work in.

The emotional space – yes, that’s why bullying and exploitative environments are ultimately self-defeating.

But the space between is fragile: take good care of it.