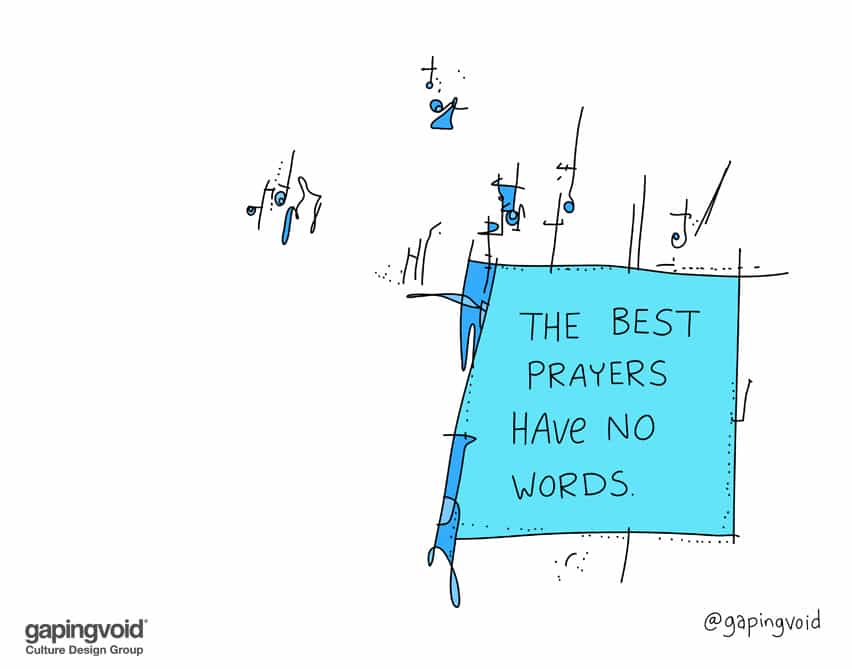 When people in religious orders wake up to pray at sunrise, they often refer to this special time in the morning as spending time “With The Lord”.

Other ways of saying this would be in prayer, in contemplation, meditating, in flow, in a state of mindfulness. I guess it all depends on how secular or non-secular you want to be.

But it’s the state of mind that matters here, not so much the words to describe it.

Our friend Ben Hardy teaches this idea in his courses, saying: “You Make or Break Your Life Between the Hours of 5-7AM”

I know that mental state well. It’s a state I try to reach EVERY TIME I sit down and draw. It’s one of the biggest perks of the job.

And I’m also thinking, though they may call it something else, a lot of being an entrepreneur is about seeking that state, as well. Being in the zone. It’s when the entrepreneur is most creative and productive.

It’s that part of us that nobody sees, yet makes us our most powerful.

And yes, it’s addictive. Once we lose it, we kill to get it back again.

The more jaded among us try to portray modern life as little more than shopping, gossiping, gluttony, channel surfing, chasing tail and looking for the next hustle.

But that’s not the world I know. Most people I know spend a great deal of time and huge amounts of effort trying to get their minds into a higher groove thing. Some use religion, some use their careers, some use weed, some use CrossFit or Yoga, some use the arts.

But the real game is about consciousness, and the raising thereof.

There are many ways to call it, secular or religious, but if you aspire to live a creative, productive, interesting life, spending more time “With the Lord” is a good place to start.