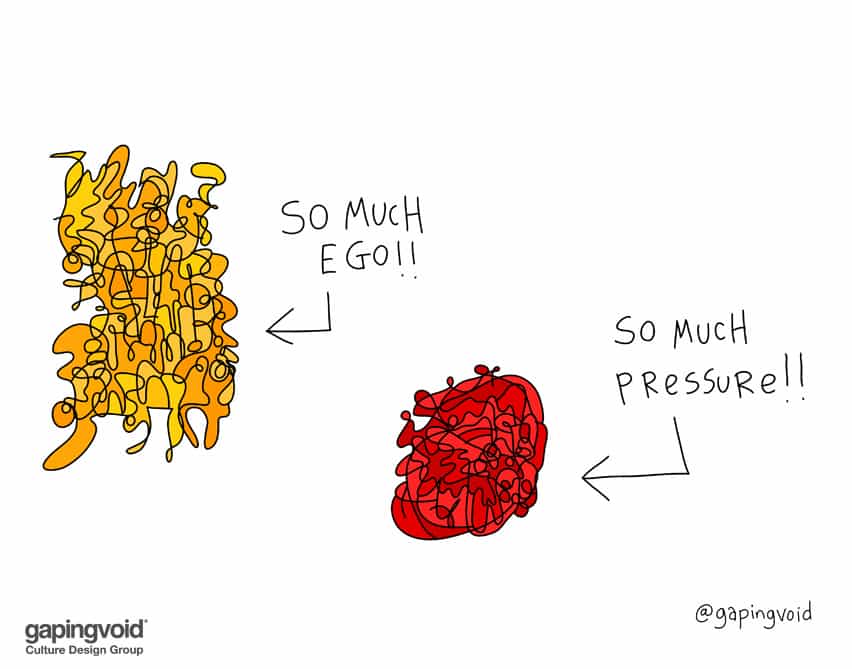 Our Twitter buddy, Rory Sutherland, the rockstar ad man from Ogilvy has what I think is very sound advice for young people: “Be good at two things.”

When you’re very good at “n”, there are probably thousands of people who are also good at “n”. But if you are good at “n + 1”, that number is far smaller.

A good example is this Irish dude I knew in London, back in the day.

He started off as an aspiring journalist, who studied English at a prestigious British University, just like thousands and thousands of other clever, would-be British journo types.

But before he went job hunting in the newspaper business, he spent four years working in on North Sea oil rigs as a roustabout. That experience gave him a tough, inside, visceral knowledge of the oil industry, which he could eventually bring to  a top job as an energy correspondent for the Financial Times, the prestigious European newspaper.

Another good example is John Le Carre, the great British novelist. Before he sat down to write his books, he spent twenty years in the British Secret Service. This meant by the time he put pen to paper, he had some pretty interesting experiences to draw upon. Whereas too many fiction writers seem to have not done much except embody the “writer” shtick. Maybe they’d be better off having worked on the oil rigs, or joining the Secret Service.