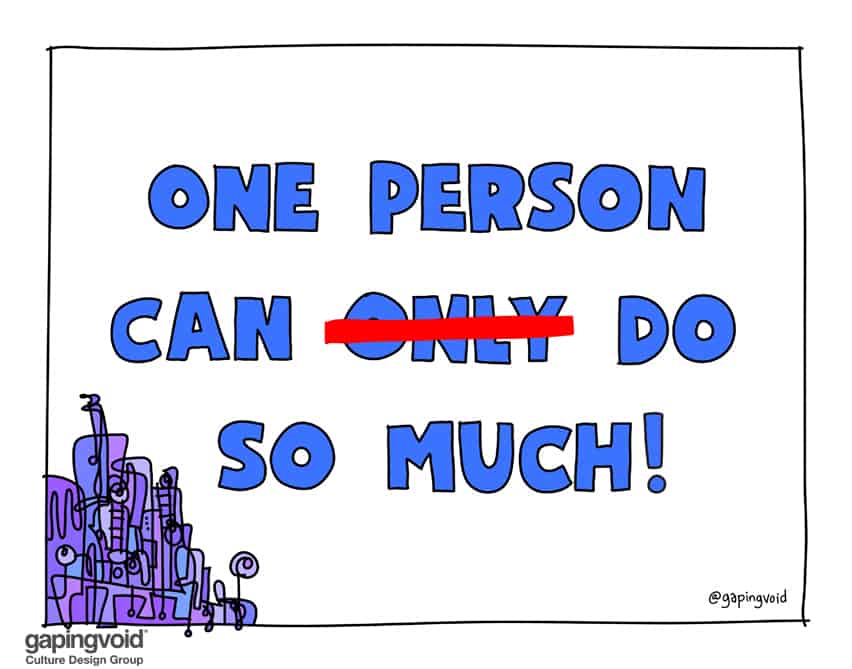 Ogilvy’s Rory Sutherland once made a great observation about the Eurotunnel, the 25+ mile underwater tunnel linking France and England.

The joke was that, instead of spending $1 billion to make the Eurotunnel train go faster, that for a tiny, tiny fraction of that cost they could give everyone free Wifi, and people would be equally happy. A psychological hack, as opposed to an engineering one.

At an ad agency I once worked for, everybody was so busy trying to sell Super Bowl ads to the client, that they forgot how to make little ideas work. And thereby lost the ability to deliver value for money, which is what most clients are far more interested in. If it didn’t come with a large budget, it didn’t exist. And yeah, this hurt them big-time in the end.

One of Rory’s fellow Ogilvy colleagues, Mark Earls used to talk about how we’re entering “The Creative Age”, and I think this Eurotunnel ideal of Rory’s is what he meant by it. Creativity, not as in arty-farty, but as in having the ability to turn on the dime, creating something out of nothing, for pennies on the dollar. If you want a future, this is probably the best kind to have. In today’s climate, it’s certainly the safest.