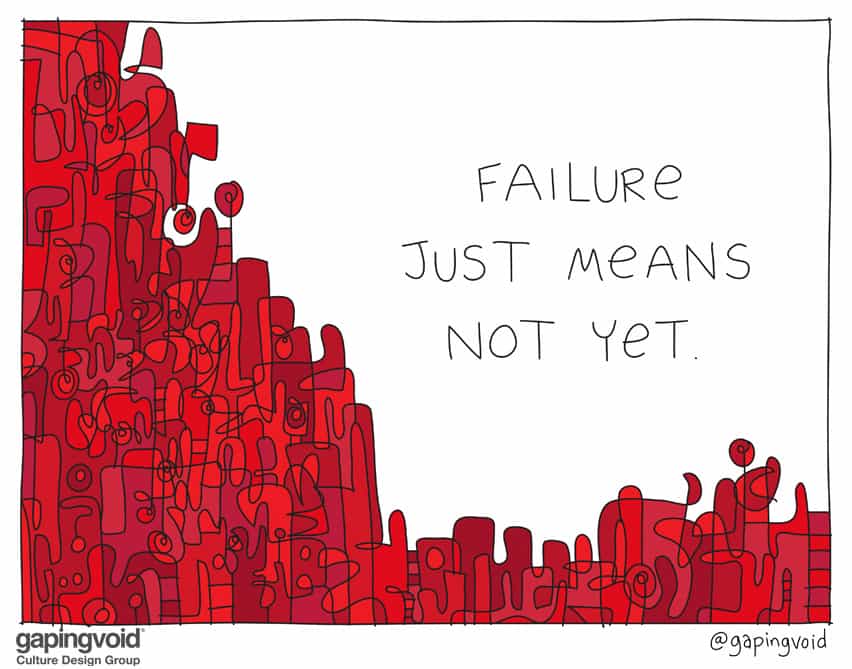 Edison’s line is just him taking the scientist’s mindset to business. Which, of course, is what originally led to the Industrial Revolution.

Any scientist will tell you, success or failure don’t exist in nature. They’re just names that we give to things.

So if you think you’ve failed, that’s only because you named it so. That was a personal choice, that was the narrative. That wasn’t reality.

Not yet, at least.