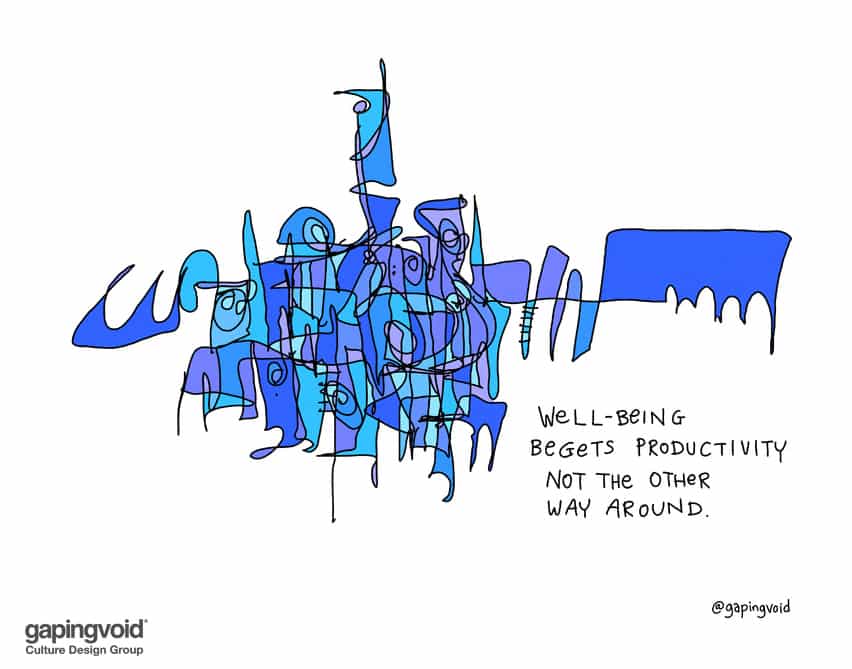 There’s an idea that only victory can bring happiness.

The Olympic athlete thinks that as soon as he wins Gold, that after all those years and years of sacrifice he’ll finally be happy.

And if he does win Gold, well, that’s fab, but the feeling of elation lasts about a week. Then things revert back to normal, and he finds himself still trapped inside his own existential skin.

And that’s not even mentioning the many thousands of athletes who don’t win the Gold, who don’t even get a medal, but had to return home empty handed.

It’s not that a medal isn’t worth having, it’s that it can’t be the ultimate source of happiness. That’s just setting yourself up for later disappointment.

This idea extends to the business world as well. What makes business interesting is the process, not the profit. Sure, we all need to eat, but that not what drives us. Not really.

There’s a friend of Gapingvoid, Shawn Achor, who did a lot of scientific research on this subject while still teaching at Harvard. You can read about it in his book, “The Happiness Advantage”.

His thesis is that if you want to be successful, it’s more likely if one is happy first, not the other way around. That waiting for “success” doesn’t generate happiness, even when the former arrives.

Which, if you’re happy by nature, should come as REALLY good news.