Back in the 1960’s Andy Warhol became famous by taking Icons; film, pop, political, the likes of Marilyn Monroe, John Wayne, Ronald Reagan, Mick Jagger, Mao, and creating his own brand of portraiture. The art was social commentary, the subject matter was fresh. Warhol was often criticized but in the end it was said that “Warhol had captured something irresistible about the zeitgeist of American culture in the 1970s.”

Fast forward nearly 50 years and there are new pop stars. We’re not talking about Beyonce, Katie or Justin. The real pop stars of today are people like Elon, Zuck and Jeff.

It has become clear that entrepreneurship is an art form that is gripping our society and millions of people study the masters. These new pop icons are the people who represent the zeitgeist of the 2000s.

So, given Hugh’s deep roots in technology, and having “been there” from the late 90’s on, it seems obvious to make art that is a tribute to the master entrepreneurs of our day. Tributes to the disruption, brilliance and impact that these people are having on our lives.

While art and entrepreneurship are not an intuitive combination for most people, the act of capturing and visualizing the brilliance of our day, is something that like-minded entrepreneurs and leaders will want in their homes and offices.

This month we’ll be releasing a set of four images that are a tribute to Elon Musk. They capture his brilliance as an engineer and as someone who studies business and human nature. Hugh captured the mindset, beliefs and distilled them down to the basics, much like Musk’s first principles. 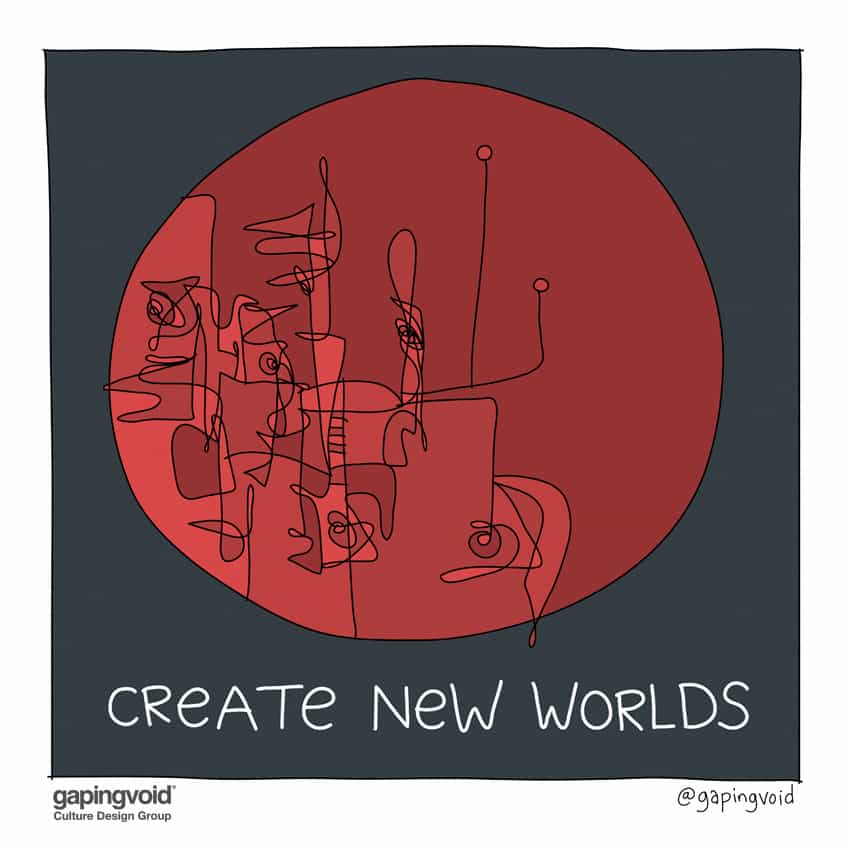 Elon gets a lot of press these days? Why? Frankly, I think it’s because he’s slightly crazy, or at least, the way his mind works is quite different from most people’s.

Most of us, once we’ve made a great deal of money, are content to take up golf and collecting vintage cars and fine wines, partying in St Tropez and Manhattan.

But not Elon. Nope, he’s willing to risk it all again. And not just risk it all on some trendy shopping app, but by sending human beings to Mars, or turning the car industry electric.

And there’s no guarantee he’ll win, either. Neither Space X and Tesla are profitable (yet). Both burn through money like a bonfire. Elon might easily be broke by this time next year.

And God bless him for that…