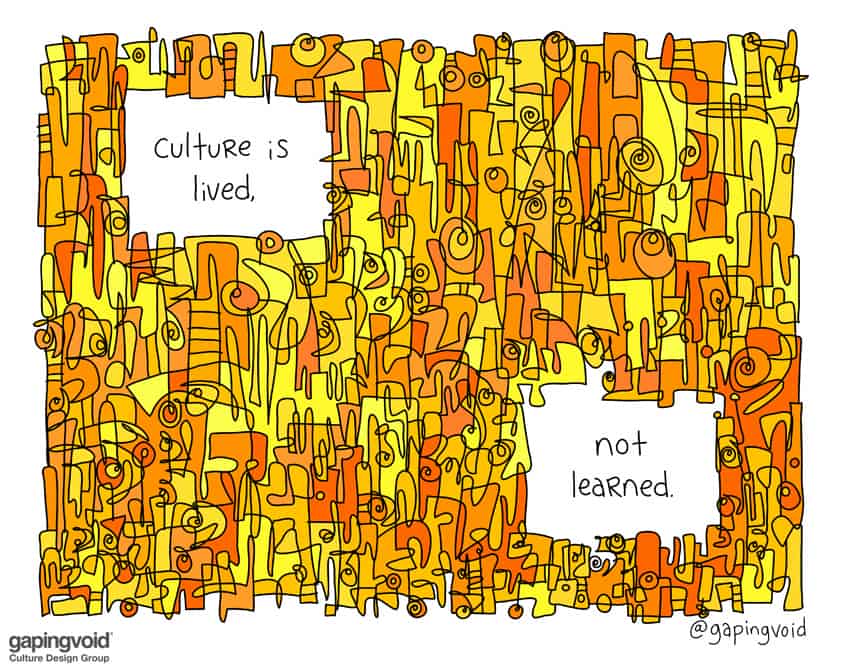 The best teams are formed by the ASA model: attraction, selection, attrition.

Basically, the theory says people are attracted to teams/companies that function on their “level” — ie a high-strung person isn’t going to want to join a young startup, and a laid-back cool cat won’t be looking for jobs at a white-shoe firm.

The attrition stage is the most natural part of the process: if all goes well, it doesn’t happen, and if the fit isn’t right, the candidate moves on to the next place. This final stage is the most crucial indicator of a company’s “cultural health” — whether the culture is the same “on the ground” as it seems during hiring, or whether the new employee realizes they made a big mistake.

Culture can be built and maintained, but it can’t be forced. It comes from building the right teams filled with like-minded people aligned towards the same mission — and not from happy hour or casual Friday.

Culture is human. Nothing more, nothing less.