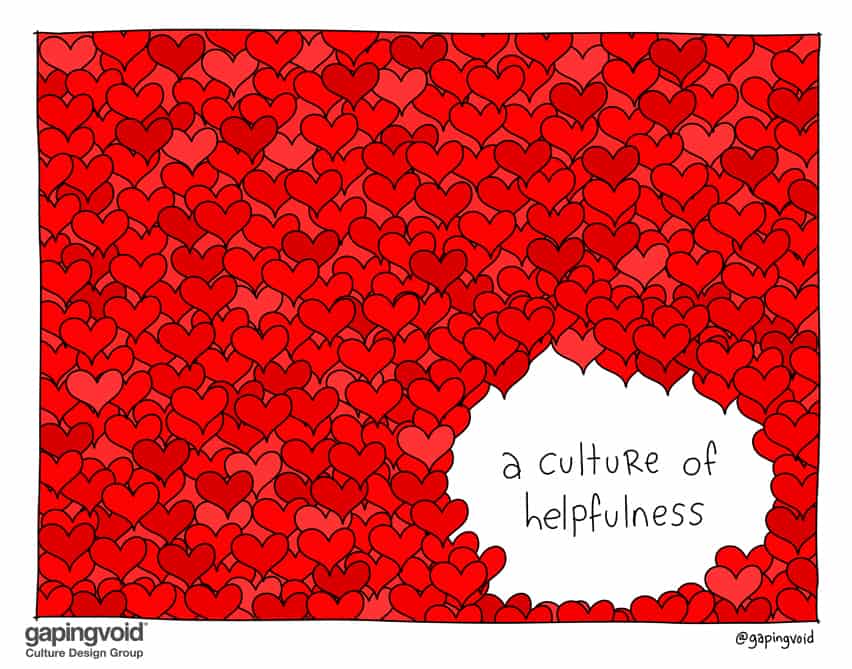 There’s a rather common idea that they way companies get ahead is by hard-nose capitalism, crushing everything in their path like an angry gorilla. Whereas actually, the reality is far less dramatic.

In nature, it turns out that apes that are too dominant don’t last very long. What happens is two other apes who are only 75% as strong, gang up to depose the ape at the top. [As an aside, go onto YouTube and find out what happens when apes decide to get rid of other apes. It’s not pretty, you won’t like it.]

It turns out that the most successful alpha apes are not necessarily the strongest, but the ones who are best at making alliances with other apes, both males and females.

So the next time you are invited to spend time in a world-class company, the kind you read about in the media, the thing you might notice the most is how nice and helpful everyone is to their colleagues.

Of course they are. They don’t want to end up like their mean ape cousins.