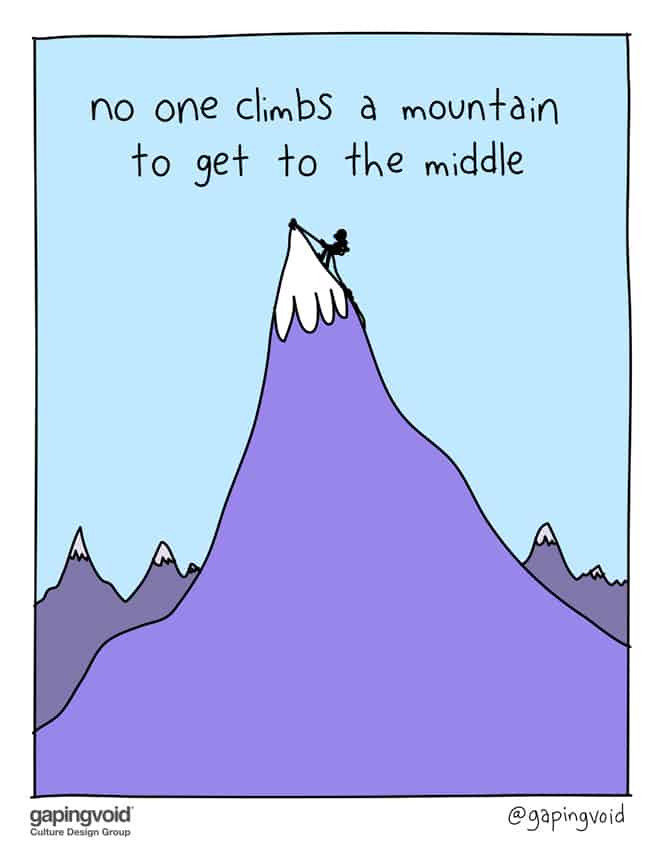 This is one of the tenets of Dr. Carol Dweck’s growth mindset philosophy, and the basis of Angela Lee Duckworth’s studies of grit.

Duckworth found that, beyond IQ and talent and socioeconomic status and whatever else has any kind of effect on anything, what most affects a person’s ability to achieve their goals is grit.

It’s a combination of passion and perseverance, a belief that failure can be overcome. It’s a willingness to conquer challenges, instead of avoid them.

And some people, a lot of people, will.

But the ones with grit know that failure is not an option and it’s not final. There’s further to go. And if you’ve failed at the middle of the mountain, you can keep going to the top.