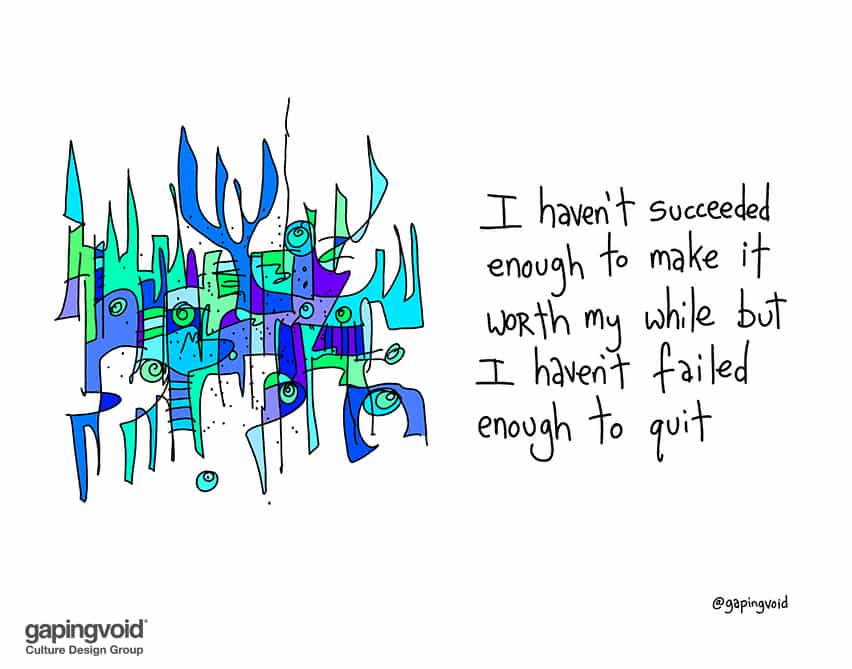 For some people, one failure is enough. Failure isn’t a great feeling, after all, and the only thing worse is the fear that comes right before failure.

But for other people, failure is addictive. Failure means another chance; failure is a call to prove someone else wrong.

And sometimes, we just haven’t failed enough to make quitting worthwhile. We can keep trudging along with minimal effort, and maybe it’s not great, but it’s not bad enough to do something else. But that’s giving up – which is another kind of failure in and of itself.
Failure isn’t a bad thing; it’s a part of the procession towards something great. It means you have to keep trying. It means the thing you’re looking for is still up ahead.