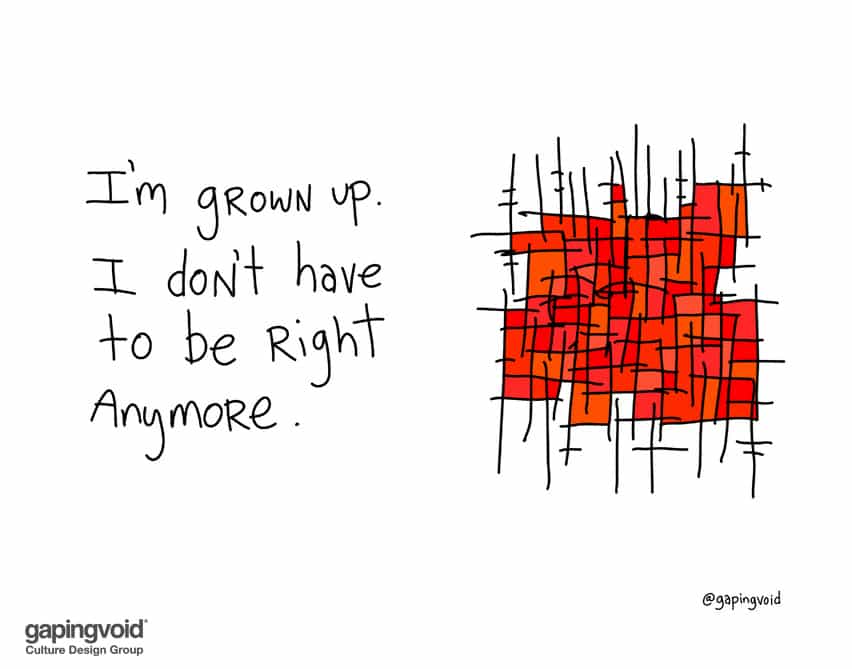 It’s no wonder we’re afraid to be wrong.

Well, we never let it get that far. We were too afraid.

Figuring out how to be wrong and live to tell the tale takes guts. Especially in the workplace. But it’s not just about what we’re willing to do — it’s about who’s around to support us.

That’s why we need to guarantee psychological safety for our teammates.

If we want people to make brave choices, we have to allow them to be wrong. A teammate who’s never secure in their position, or who feels like they have a foot out the door — that’s not who’s going to make your big choices and changes.

There’s no more detention or hall passes or whatever they used to threaten us with.

Now it’s just about doing things that make a difference.