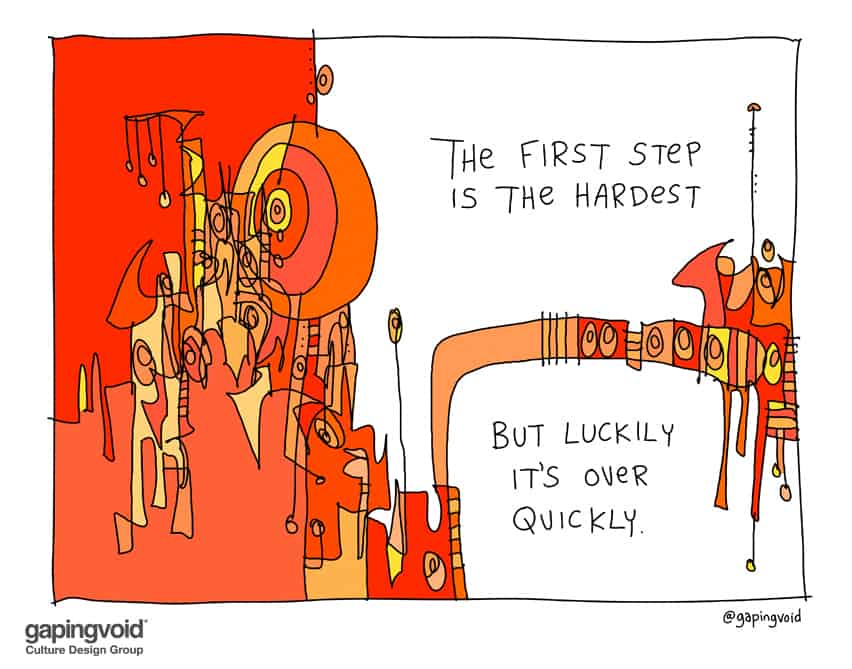 Sheryl Crow sang, “The first cut is the deepest.”

The old Chinese proverb says, “The longest march starts with the first step”.

Physics says, “A body in motion stays in motion.”

The first step is the hardest, because you’re not in motion yet. So it looks impossible.

And it’s partly true. It’s like coming late to a spinning class — you can’t just pump your bike up to 75% and start moving. You have to start low and slow, and then roll along.

It’s easier once you’ve started. But most people don’t take that first step. Most people just sit there and make excuses.

If you can take the first step, though — the anxieties start to fade.

Because once you’ve taken it and realized you’re not going to die, you can take a second step. And a third.

But compared to taking your first step, it’s all doable.

And the best thing is, once you’re committed, that first step is easy enough to take. So do it now. Today. Then watch your life change.