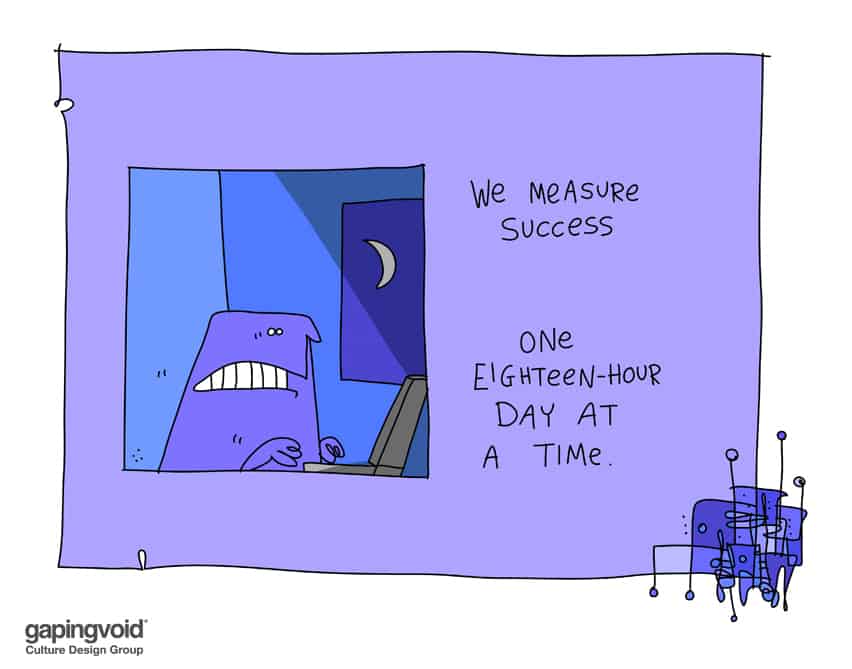 At some point, we started measuring success in how little sunlight you see during the day. We were pitting ourselves against each other to prove that we could work longer — to make it seem like more hours means more productivity.

But we’ve always had a sneaking suspicion that our metrics were wrong. We know ourselves, and we know that eighteen-hour workdays are possible — but they’re not much more productive than eight hours.

K. Anders Ericsson, one of the top psychologists studying work/work behavior, argues that people can commit themselves to 4-5 work hours at a time. No more, often less.

Those other 12 hours? They’re not about work. They’re about what you’re proving to yourself.

We need to start doing things differently. Instead of measuring value in hours, we need to measure value in productivity. We need to stop feigning desire to live under our desks, and start wanting to do more.

To want success and to measure it in success.