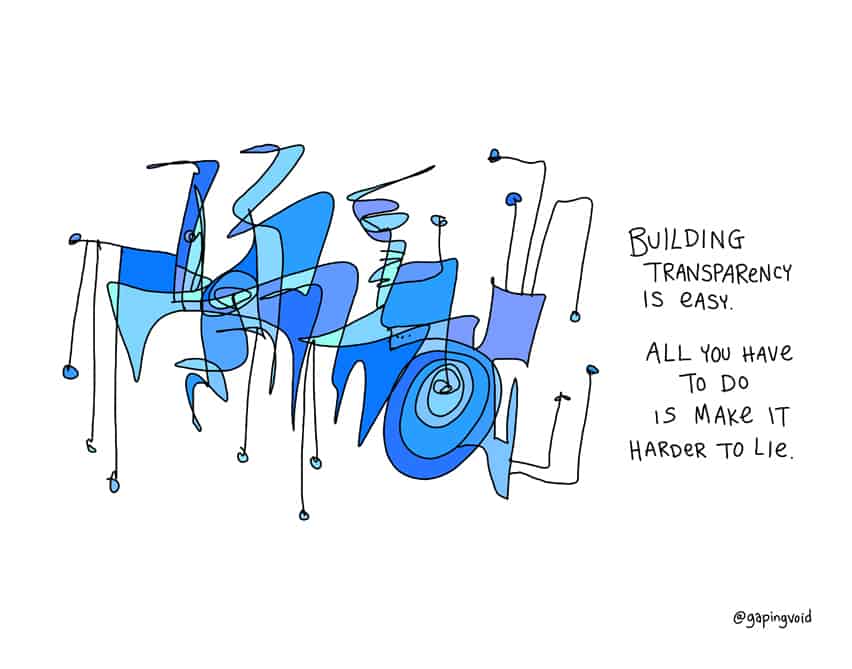 It’s not the politically correct thing to accuse people of the “L” word, but you see people doing it every day.

It’s made easier by oblique  business language that is constructed to conceal the hard, cold, fact that things are almost never that easy. Policies, NDA’s and cultural norms discourage people from speaking their mind. It’s all designed to keep everyone on the straight and narrow, but what it actually does is create an environment of passivity and discourages accountability. Lies, in the form of ‘non-confrontational’ half-truths become the norm.

In a world where problems have become ‘opportunities’, very often, a better option is just to say it like it is. Don’t sugar coat, reward people for taking challenges on directly. More importantly, give them cover and support the people who are willing to discuss the hard problems.

Psychological safety  has become a new insight for creating more effective work environments. I’m not sure if it has been studied, but I’d propose that in psychologically safe environments, it becomes super hard to actually lie.