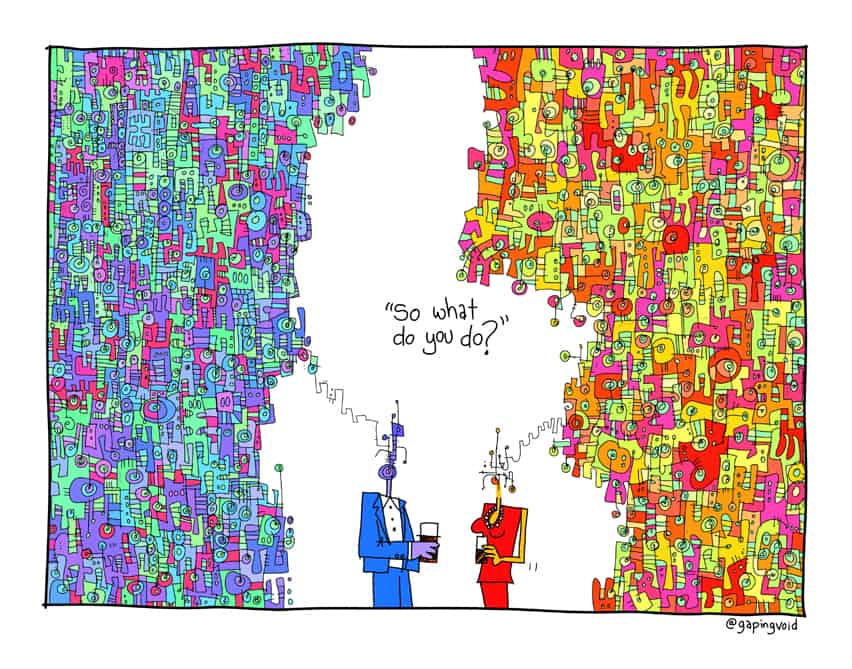 When you’re making small talk with another person at a cocktail party, behind that thin veneer of superficial reality, lies the vast entirety that is our consciousness.

The idea of consciousness never gets any less vast or less mysterious or less weird, no matter what the atheists or the religious priests or the neuroscientists may tell you.

i.e. Life would not be a mystery, if consciousness were not a mystery. But it is, and whether that’s a bad thing is anyone’s guess.

So the next time you meet someone at a cocktail party, try not to see them just as some random person awkwardly holding glass of Chablis, but as an embodiment of the greatest mystery in the universe. That should make the conversation more fun and memorable. Indeed.

PS. The Australian philosopher, David Chalmers has a great TED Talk on this subject.

As a lifelong plodder along the road to “enlightenment”, the illustration is helpful and provides a”visual” of what Mashur Anam refers to as a Morphic Field, if you are familiar with his Holographic Tools approach to self improvement.

Just subscribed to this site and suspect I will enjoy it.