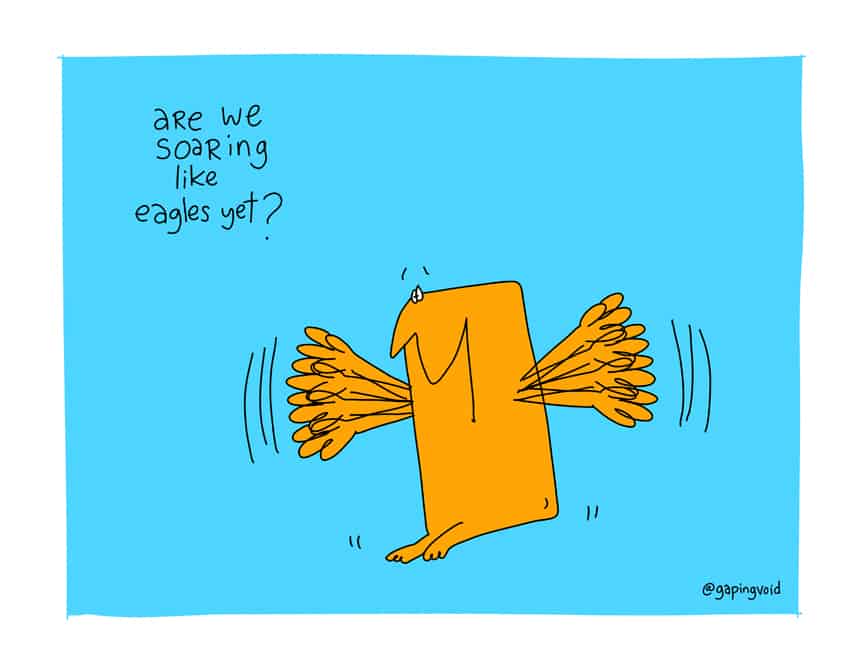 In the old days, it was enough to keep the workers motivated, just enough so they could get the job done, faster than machines. This is where said eagle posters came in handy.

No longer is that the case. The machines are now too smart and too fast for that. The battle was fought and won decades ago.

So what’s left for us?

What’s left is what the Marxist cultural theorists call “affective labor”, the emotional side of the transaction.

i.e. A customer would much rather have a person ask, “Would you like fries with that?”, than a machine asking them the same. And we prefer a real smile to go along with that.

This is why we happily tip a good bartender, but never do the same to Coke machines. We’re humans. We like interacting with other humans, that is our DNA.

And that is where the value will increasingly be found, over time.