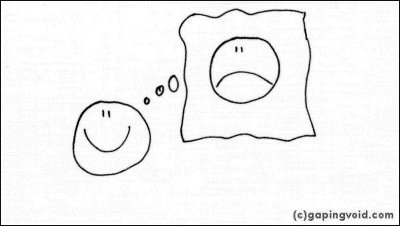 Who Are The Happiest Artists?

When I was ten years old, I was having a nice chat with my mother about what I should be when I grow up.

I suggested that being a rock star or famous artist would be kinda cool. Mom suggested I should be a businessman instead.

What’s so great about being a businessman, I asked.

Well, said Mom, whereas very few artists or rock stars make it, a lot of businessmen make it, if not the majority. She then cited this stat I never forgot: Houston, Texas (where we were living at the time) has only one or two famous rock stars and artists, but over 14,000 millionaires, most of them businessmen.

Even my little ten-year-old brain could do the math with that one. Fourteen thousand!

Of course, I never became a businessman. I became an artist, in spite of my mother’s wise words and my many personal misgivings (which I still have in spades, by the way). The Lord knows how to mess with our heads.

Though unofficially, I’m really a closet businessman. I think the happiest artists generally are.