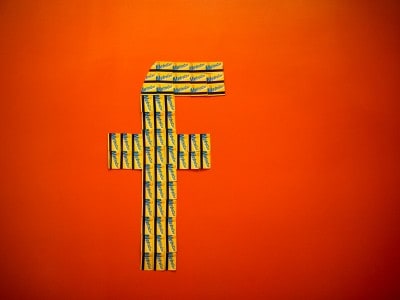 So there’s a new buzzword in town: “Space Hacking”. It basically means creatively altering the space you work in, in order to make it more agreeable to your sensibilities.

And apparently Facebook are big on it, “space hacking” being their preferred term. I borrowed the photo above from an article on Business Insider that tells us all about it:

Facebook employees get a budget to “hack” their workspace, or decorate it as they see fit. Sometimes employees will pool their cash together to make something really big. Facebook calls this “Space Hacking.”

For anyone who’s ever spent time in your typical Silicon Valley startup or advertising creative department, this kind of space hacking is pretty normal. For buttoned-downed managerial types over a certain age, it’ll seem a bit anarchic, undisciplined, unprofessional and totally bad for business.

That may be true. Then again, for many companies, it was only a decade ago that issuing people with Apple products seemed a bit anarchic, undisciplined, unprofessional and totally bad for business.

So they were given beige PCs and Blackberries instead. And we all know how that turned out…

So how much space hacking is too much? How much is not enough? That all depends on the company, of course. It’s a culture thing, it can’t be faked.

As somebody who’s in the space hacking business, this Facebook article excited me. Like a lot of the stuff my friends and I have written about over the years, what started out out as a pretty fringe interest is suddenly getting quite mainstream.

The world has changed, indeed. Groovy.