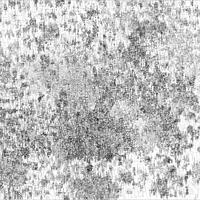 [Click on image to enlarge etc.]
Greetings from Alpine, Texas. I left here two days ago, and flew to New York City from El Paso [a 220 mile drive to the airport], in order to sign the the Ignore Everybody prints.
Yes, it was actually cheaper and easier to fly up there and sign them, than to ship them down here. Go figure.
After a few hours signing them at the printer’s, I rushed off the Island of Manhattan yesterday afternoon, to catch a flight back to El Paso via DFW.
I was in my bed at the hotel in El Paso by midnight. Slept like a log. This morning I went to buy some art supplies in downtown El Paso, had a bit of lunch at Rudy’s, then drove 220 miles back home to Alpine.
A quick visit, to say the least. “Welcome To The Over-Extended Class” etc.
Among my purchases this morning was a big roll of canvas. The plan is to make a series of large, 48″x48″ [4 foot-by-4 foot] canvases, i.e. exactly the same height, and one-half the width of desertmanhattan. The wee sketch above should give you an idea what I’m talking about.
I’m thinking of calling these “The Marfa Series”, named after Marfa, the next town over from Alpine, 26 miles away. I drive there and back about three or four times a week; it’s one of my favorite drives in the world. The drive inspired the idea for the the series in a SERIOUSLY big way.
Some will be cranked out in a couple of days. Some will take a lot longer, even a couple of months. I have no idea where this is taking me, other than I think I’ll end up somewhere pretty interesting. Look for them for sale over on the gallery over the next few months or so, or feel free to e-mail me if you’re looking to commission one. Thanks.
[Backstory: About Hugh. Twitter. Newsletter. Book.. Interview One. Interview Two. EVIL PLANS. Limited Edition Prints. Private Commissions. Cube Grenades.]