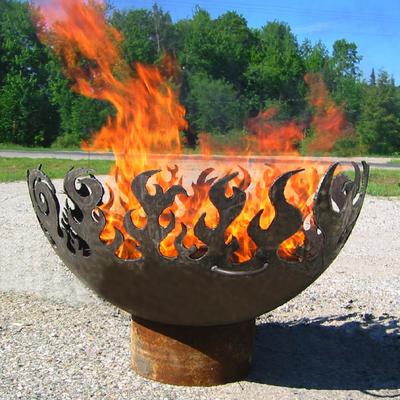 Chris Carfi points to John T. Unger, an artist and regular gapingvoid commenter who has used his blog and the global microbrand idea to carve out a nice wee career for himself (for more money than his last day job paid him, I hasten to add).
Go read John T’s take on it here. Very uplifting.

John and his girlfriend left Alpine, Texas this morning. We hung out and drank beer, and I got to take him to my favorite Mexican place in town, Alicia’s. Since I first wrote about him a a few years ago, we’ve become great friends.
John’s checking out Texas. He’s had enough of Michigan winters. He’s looking to buy land down here and build another studio for his sculpture. Alpine is on his short list of possible locations.
I may have coined the term, “Global Microbrand”, but John has actually lived it to the full. Now it’s my turn to play catch-up. Rock on.