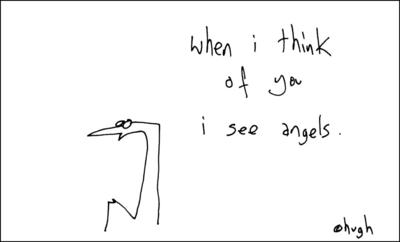 For the greater part of the last decade, I have been using the internet to build what I’m fond of calling, “The Global Microbrand”.

A small, tiny brand, that “sells” all over the world.
The Global Microbrand is nothing new; they’ve existed for a while, long before the internet was invented. Imagine a well-known author or painter, selling his work all over the world. Or a small whisky distillery in Scotland. Or a small cheese maker in rural France, whose produce is exported to Paris, London, Tokyo etc. Ditto with a violin maker in Italy. A classical guitar maker in Spain. Or a small English firm making $50,000 shotguns.

Here are some more thoughts, in no particular order of importance:

1. I think in many ways, the artist is the ultimate global microbrand. She just does her thing from wherever; if she’s any good and fortune favors her work, her stuff is suddenly being seen, read or heard all around the world, without her having to leave her studio too much. Nice work if you can get it.

2. The good news is, so far it’s gone extremely well for me. The bad news is, it has taken me forever to this point. Better late than never, I suppose.
3. I’ve had the most success helping to build Global Microbrands for other people, most notably, English Cut and Stormhoek. The idea that I should start applying what I know about this world to my own, commercial products, didn’t really kick in till earlier this year. Though business has been busy enough so far [and getting busier by the day], it’s still a strange feeling for me. Seems like it’s easier to promote other people’s stuff than one’s own stuff. You don’t take it so personally, somehow.
4. Being an artist has three main components- 1. Making the actual work 2. Running the business and 3. Promoting the business. It’s REALLY hard to do all three at the same time. It’s EQUALLY hard to find people who can take over some of the duties and responsibilities of 2 and 3. Good people who actually know what they’re doing are rare and expensive.
5. I made my best work when I was relatively cold, hungry and desperate. This kind of experience tends to make one very unapologetic, years later, when the “success” eventually arrives.
6. Having a global microbrand is not about being “famous”. It’s about having a serious, almost tribe-like connection with a number of people who want to buy into what you’re doing. If you’re selling $5000, hand-made suits like Thomas Mahon, that number only needs to be a hundred or so. If you’re selling $20 books or music CDs, that number needs to be much larger. I’m somewhere in the middle, because my work has a lot of price points- from the $16.29 price tag of my upcoming book, to the x-hundred-dollar prints I’m working on, to the five-figures I plan to sell my large paintings for [Yes, I’ve already been offered that for “DesertManhattan”, even though it’s still far from completion]. Somewhere early on I decided 10,000 people for me was the magic number. I may be wrong on that, though…
7. I don’t believe in overnight success [mainly because it has yet to happen to me, or anyone I know]. I believe on building my “tribe”, one person at a time. I also think that having a definite number in mind re. how large you want your tribe to be, is extremely helpful.
8. Results may vary depending on who you are and what you’re selling, but I have always found it easier to find one tribe member willing you give you $1000, than it is to find 1000 tribe members willing to give you one dollar. The downside to that is, the more expensive and exclusive your product, the harder it is to scale further. Somewhere in there lies the sweet spot. If you find it, let me know.
9. You see this a lot, in the blogosphere particularly: People with great products but no tribe to speak of [Daniel Edlen of VinylArt fame springs immediately to mind], and people with large tribes, but no real compelling product to speak of. Again, it’s all about finding the sweet spot.
10. I didn’t really start building my tribe till I was well into my thirties, when blogs and Web 2.0 came along. It was a medium “I just got” right away. Man, how I wish the internet came along twenty years sooner; it would’ve made my life a lot easier in those early days.
11. Though I didn’t have the term for it back then, back in college I always knew a “Global Microbrand” was what I wanted eventually. I always knew I was never cut out to be the corporate, office-worker kinda guy. I gave the latter an honest try, and it was a complete disaster. Like I said, better late than never.
12. If your Global Microbrand succeeds, it’s not because of the brand’s functionality per se, it’s because what you’re doing gives the end user something to believe in. To me, that’s always been pretty obvious, some folk still find it a difficult idea to process.
[UPDATE: Just added this blog post to “Evil Plans”.