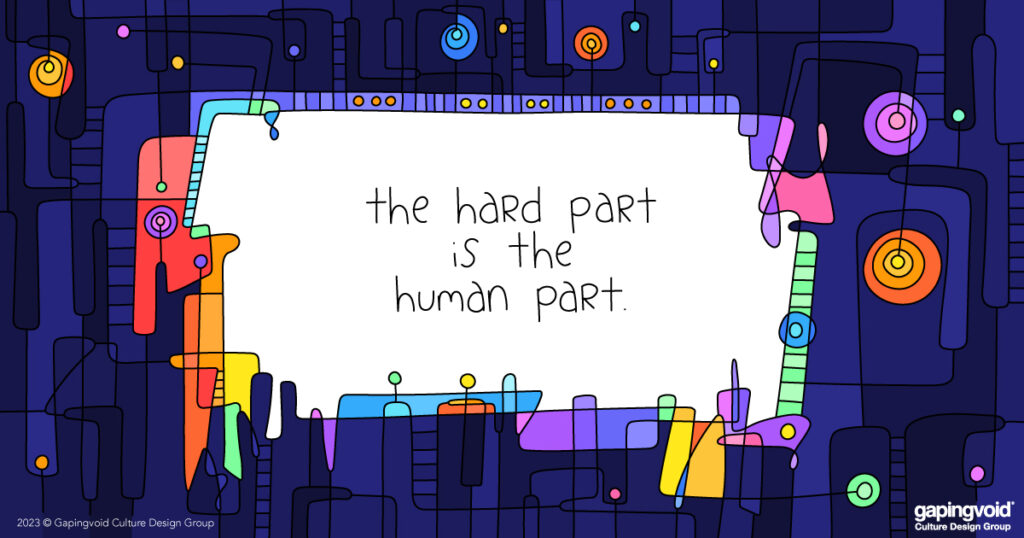 There are a lot of stories in the news lately about how AI is “borrowing” the work of living artists to use as source code for AI internet images. Creations that only take a few seconds to produce, that take a living artist hours and hours to create.

What about the artists!? That’s not fair, right?

Look on the bright side. Fairness (and even copyright violations) aside, we’ve been here before. When photography was invented back in 1839, we were worried about the same thing.

If you could take a picture of somebody, why would you spend big bucks to have a portrait painted? But it actually turned out to be quite good for painting.

With all the lower orders taking photos, having a portrait painted instead became a big status symbol among the upper classes. And everyone, especially upper-class folk, like their status symbols. This made portraiture more expensive, and less of a commodity.

Secondly, with painters no longer having to be the official visual recorders, their minds were able to turn inward and abstract, focusing more on self-expression than freezing reality. This helped create what we now call Modern Art.

While AI technology is impressive, if you look at the art pieces it generates for a spell they can begin to look stale rather quickly. As if they’re all following this one technique that just so happens to suck out the originality and emotion.

It’s not enough to do A + B = C and hope for the best. Because if you’re getting “C” every time, it gets monotonous.

Business gurus have been saying “If your job can be outsourced, it will be outsourced” for decades now. As robots and AI progress, it will be our job to stay one step ahead and do the things that they are not capable of doing. The talents that make us uniquely human.

Sure, the algorithms will improve over time, but will they ever be capable of being the next Picasso? We sincerely doubt it. Will an algorithm create the next iPhone? Highly unlikely. Could an artificial intelligence program be the next Gandhi or Martin Luther King? Probably not.

As humans, we’re at our most valuable when what we do can’t be faked or automated. This is what being an artist means.