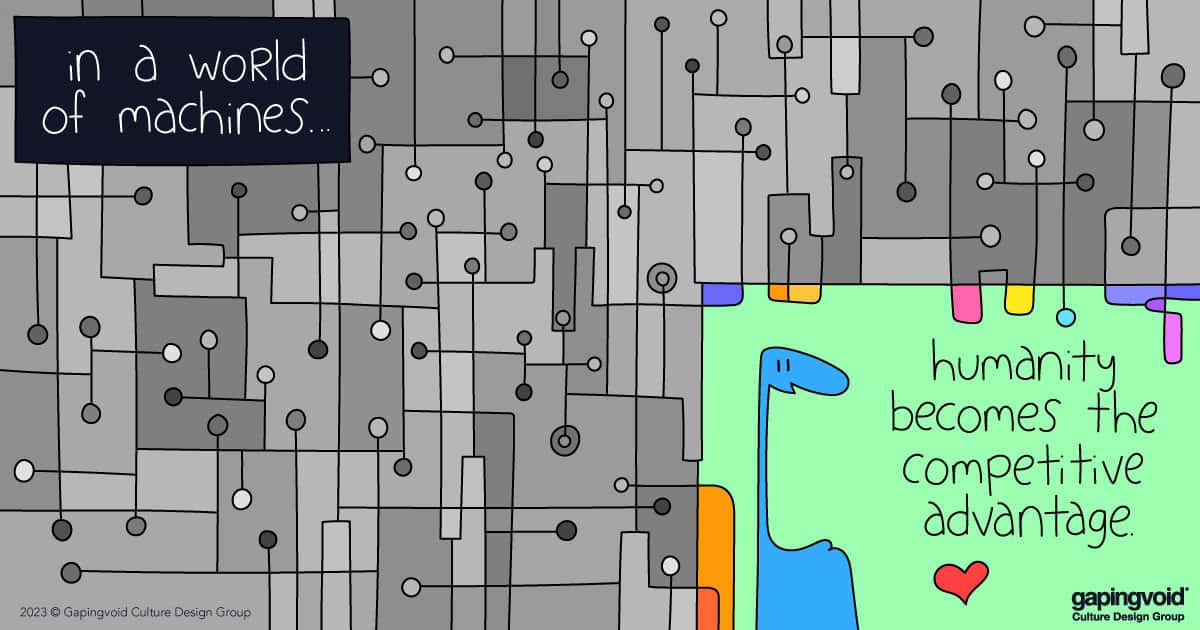 McDonald’s just opened its first fully automated restaurant. Goodbye people, hello, robots! For this one location in Texas, customers can order and pick up their food without ever engaging with a human.

(N.B. McDonald’s says this new concept in food service is just an experiment. They’re pushing the envelope to see what’s possible, and it may or may not scale further. Time will tell.)

The interesting thing is not so much the story itself, but how one wishes to frame it.

The Guardian, for example, sees it as an excuse for management to replace expensive workers with cheaper machines – it’s a Southparkian “They Took Our Jobs” angle. This is a standard worldview.

Most of what we’ve called progress for the last century has been stories of greater efficiencies, i.e. machines replacing people, like the McDonald story above.

But that doesn’t always have to be the case. There was a story out of Holland the other day, about how a Dutch supermarket chain introduced slow checkouts for people “who enjoy chatting, helping many people, especially the elderly, deal with loneliness.” This is a completely opposite innovation to that of Mcdonald’s.

The thing to remember is, none of these aforementioned innovations will affect how many calories we consume or how much we pay for our food, the change will be in how we interact with our fellow human beings.

In other words, the machines are not the story, we are the story. As it’s always been.