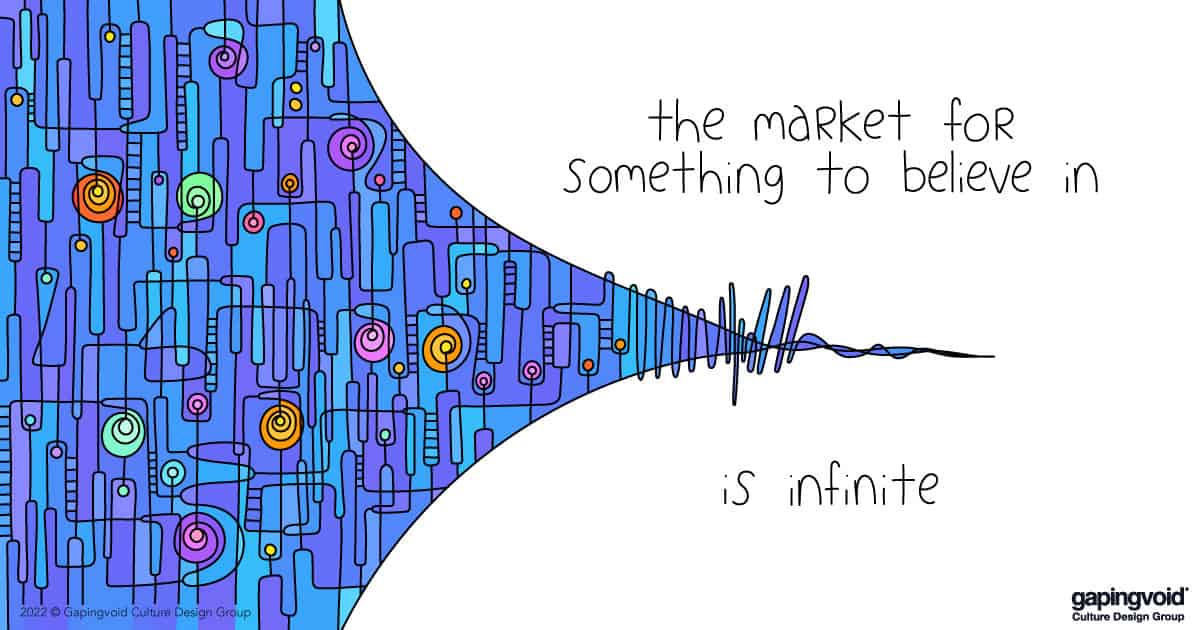 A big part of being a leader is helping people find more meaning in their jobs. “Making meaning” is a fundamental credo in the culture-building game.

Though we can already hear some of you saying, ‘yes, but how does one “make meaning” in a universe that is basically meaningless (not to mention, vast, cold and empty)?’

If “God is dead, and we have killed him,” as Nietzsche famously stated, why bother?

Ewan recently came out with a piece in Aero Magazine about the perils of “Optimistic Nihilism” a philosophy that has gotten very popular in this postmodern world of ours. In terms of food for thought, it’s one of the better pieces we’ve come across in ages. It’s a long read, but it packs a real punch.

As Ewan told us recently:
“If you fear failure, a demanding career, or social embarrassment, you might want to subscribe to ‘optimistic nihilism.’ It’s the trendy new belief system that is sweeping through the self-help and modern businesses-advice communities. It’s a 100% efficient escape from all judgment. When you subscribe to this belief system, absolutely nothing in the universe matters.”

Ewan argues that optimistic nihilism is a new take on Nietzsche’s credo that all belief systems are false constructions, meaning there’s no such thing as failure or success, good or bad behavior. He says:

“You screwed up your annual report? Well, it doesn’t matter because in a billion years the earth will be consumed by the sun, and humankind will cease to exist. You’ve been dumped by your partner of twenty years, you’ve failed your driving test for the sixth time, you’ve been demoted at work? Why feel bad when you can simply claim that all existence is without meaning or value?

Optimistic nihilism is the new antidote to our modern feelings of insignificance, but the problem is the heavy cost it may already be exacting on the young.”

Meaning, in all its forms, is an expensive, painful, messy, scary business. Whereas “meaninglessness” is so simple and easy. A few sardonic quips and a shot of tequila, and you’re done. Bada Bing.

But if this is true, if simple and easy is the way to go, Ewan asks, then why isn’t it working better for people? Why aren’t people happier with all this newfound freedom (that just so happens to be meaningless and empty)?

Short answer: Because we know, for all the logic and appeal of Optimistic Nihilism, it’s against our human nature.

Whatever faith you do or do not subscribe to, we are by our very nature meaning-seeking creatures. To make *meaninglessness* the center of everything might win you plaudits among the 1950s French cafe intellectuals, but we really weren’t made that way.

Ewan’s latest novel, “How To Survive Everything” has just come out in the US.