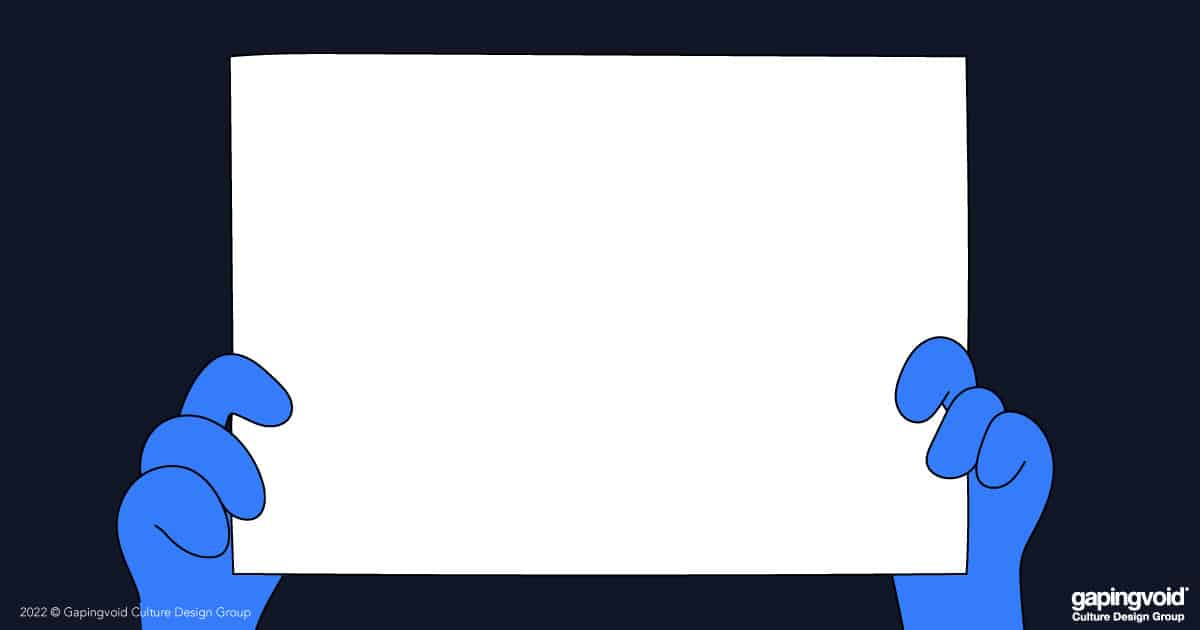 For example, two intersecting lines symbolize a religion held by 2.2 billion people and a religious text of 783,000 words.

Like when the King of Macedon sent a threatening letter to Sparta (best summed up as “if we go to war against you and if we win, we’ll enslave or kill you all,”) and the Spartans responded with a single word: “IF.” By saying almost nothing, they conveyed just about everything.

The power of symbols and slogans is three-fold: they compress meaning, they signal that meaning to others, and they tell others how to compress and signal that same meaning themselves.

That last part is why symbols and slogans spread, go viral, and become successful memes. They say a lot with a little and inspire imitation. And recently, Chinese protesters might have just discovered the ultimate slogan and the ultimate meme: none at all.

Writing something on a placard is a crime in Communist China. It can get you arrested and thrown in jail for years.

So, as you have likely seen, protesters started holding up blank A4 pieces of paper to communicate their dissent. And it’s spreading like wildfire.

White is also a common funeral color in China, so the blank white sheets have been said to symbolize mourning for the death of the 10 people that initially sparked the protests and perhaps even the death of freedom. It symbolizes being fed up with draconian anti-covid measures. It signals the fragility of authoritarianism – if the Chinese government feels threatened by blank pieces of paper, how can they possibly be strong? A blank canvas, invites subjective interpretations.This in itself is an act of rebellion.

All that, captured by a blank canvas.

In this instance, “nothing” is the ultimate expression of the power of symbols. It’s infinite compression of some of the most important ideas known to humankind.