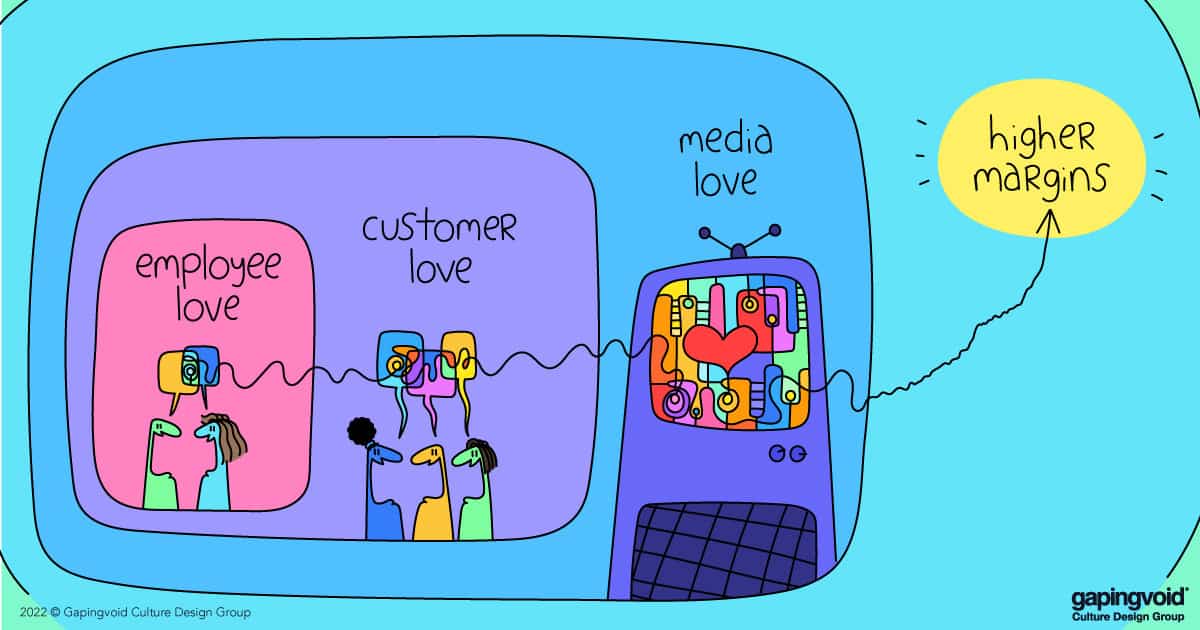 Walk past any fast food joint these days, and you’ll most likely see a “HELP WANTED” sign, often offering terms that were unheard of a few years ago.

Unless you’re Justin Lindsey in Kendall, Florida (a suburb of Miami) who owns a Chick-Fil-A franchise.

Lindsey got 400 applications for a single job opening in his Chick-Fil-A franchise restaurant.

How? Because instead of the usual five 8-hour shifts and the 40-hour week, Lindsey offered his employees three 14-hour shifts (a 42-hour week). Making every weekend a four-day weekend… something a lot of people would kill for, even with the long shifts.

Not only that, he arranged it in such a way that staff could plan shifts up to six months in advance, making it much easier for people to plan for vacations, family time, weekends at the beach, and whatnot.

Lindsey felt if he created a system where folks could work an honest week while STILL getting their lives back, he would solve one of the biggest issues facing entrepreneurs like himself: finding and keeping good people.

When remote work became a bigger thing after COVID, one of the criticisms was that working remotely is great only IF you’re one of those middle-class folks who work all day staring at a screen. For the millions of working-class people who are on their feet on location all day, the “future of work” remains unchanged.

From our perspective, we’re thinking about how such an arrangement would affect the culture of the workplace. When you have 400 people competing for one job opening, the end result is likely a relatively highly-motivated and highly-grateful workplace, something that most fast food joints simply don’t have. And these feelings are contagious, transferring to the customers who sense the employee satisfaction, which then increases the amount of repeat business, among other things, and around it goes.

An interesting equation not only for people and their well-being but financially and culturally as well.