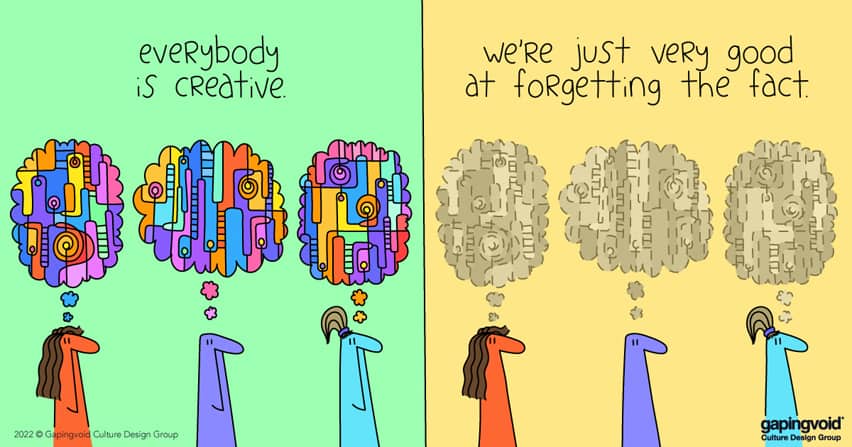 It’s the age-old question. What boosts creativity? What’s the best way to get in the zone? Hint: It’s not drugs and booze (although it might increase how creative you FEEL you are). Thank you, boozy haze.

John Cleese, the famous Monty Python comedian, has a much better approach than getting sloshed. He shares that for creativity to flourish, two things are needed: time and space. Time and space for the subconscious to work its magic.

Add too much worldly pressure, and the subconscious mind turns itself off.

Cleese contends that real creativity boils up from the unconscious, and we actually have little direct control over it. Don’t fight it, yield to the Creative Gods, in other words.

We think John Cleese knows what he’s talking about. Bang on. Though we would add two more points:

Solving real problems is much more creative than solving imaginary problems. Not to mention, it’s much harder and far more rewarding.

Well, maybe to the extent that the heart is a muscle…

Love is the path to the bright side. Love leads to purpose. Purpose leads to compassion. Compassion leads to creativity. Creativity leads to happiness.