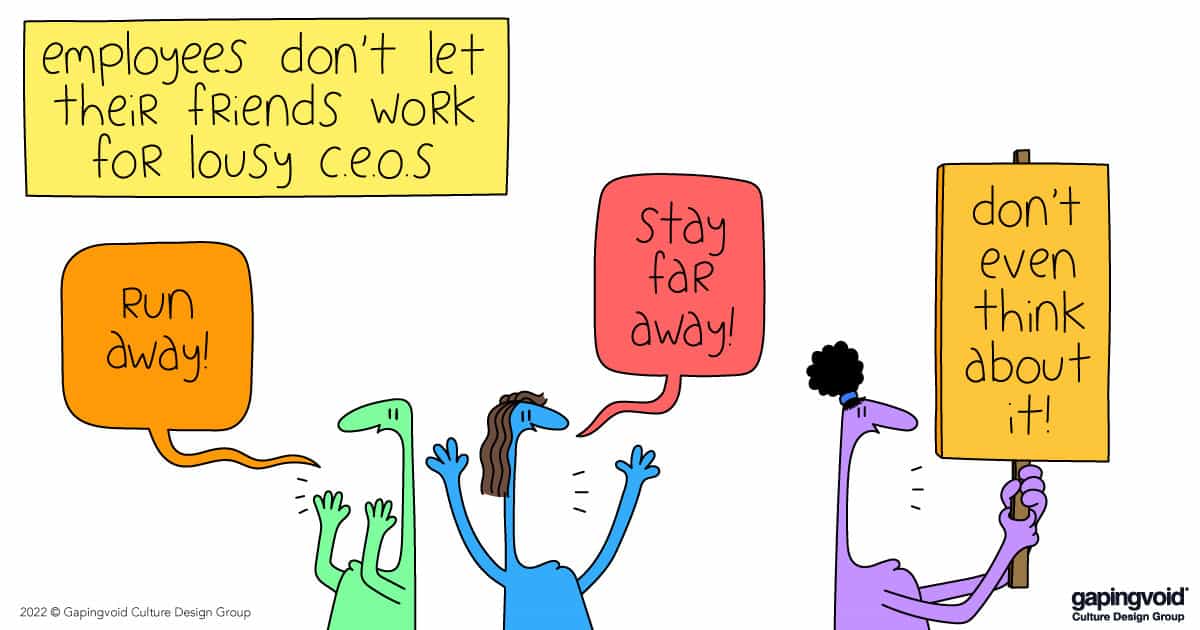 Big tech layoffs and hiring freezes are all the rage these days.

Meta (AKA Facebook) just announced major layoffs. Lyft has reported plans to cut staff by 13%. Even two of the seemingly most bullet-proof companies, Amazon and Apple announced hiring freezes. And of course, everybody’s favorite, Elon Musk, sent a “You’re Fired” email to 50% of Twitter’s workforce on Friday. Despite having since backpedaled on a few.

We’re entering what some have called a “hoodie recession.” This may be a nice refresher from the “tech bro” culture that’s become the norm but it doesn’t bode well for the rest of us.

This recent round of firing comes after Robinhood cut 23% of its workforce via Slack and the CEO of Better.com announced major layoffs in a cold, awkward one-way Zoom call earlier this year.

So that’s how it’s done these days. A short, unapologetic message, then goodbye. Brutal.

“What if that had been me?” people ask. That’s the trouble with doing things without compassion or accountability. The negative effects permeate throughout the organization and create a feeling of insecurity for those remaining…will I be next?

That’s what makes the way the Collison brothers announced major job cuts at Stripe, the most valuable US startup, so refreshing. It was a total Mea Culpa.

In a heartfelt memo, they said… we screwed up.

The hard part of being a CEO is not getting to the top, the tough decisions, the insane work ethic, or the equally insane compromises to one’s personal life. That’s not what’s hazardous.

The hard part is doing all that and STILL keeping one’s humanity. It’s much easier to be a hard ass, but that doesn’t make for a happier life or more fulfilled employees. There’s more to life than winning.