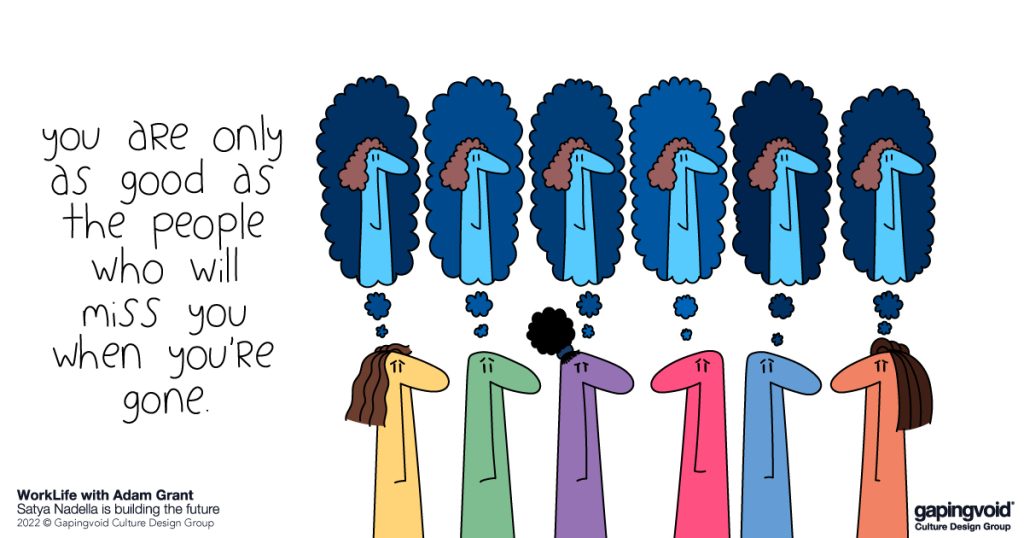 Satya Nadella became Microsoft’s CEO in 2014. Since then its share price has exploded, after years of stagnation, marking one of the biggest turnarounds in business history.

Satya was interviewed recently on the Re:Thinking podcast with Wharton professor, Adam Grant. During the interview, Satya said something that really got our attention.

He shared that when setting the new direction for the company in his first days as CEO, he asked one question:

“Would anyone miss us if we were gone?”

Satya figured, if nobody actually cared about Microsoft, then they didn’t really have a reason to exist.

Before he took over the reins, Microsoft was a very “results-oriented” company with a very aggressive and competitive vibe. Both internally with each other and the competition.

What Satya recognized is that Microsoft is a tech company (which means a science company) and that the people at Microsoft are scientists at heart. And scientists are a collaborative bunch. The scientific method depends on collaboration.

He realized that their technology (despite being world-class and cutting-edge) was only as good as the people, the culture, that it was built on. Satya focused on making Microsoft a “Culture First” company. And an inherently collaborative company.

And that’s a core part of what continues to make Microsoft indispensable today – not only to their 140,000 employees dispersed across the world but to the people that use their technology.

How about your company? Would anyone miss you?