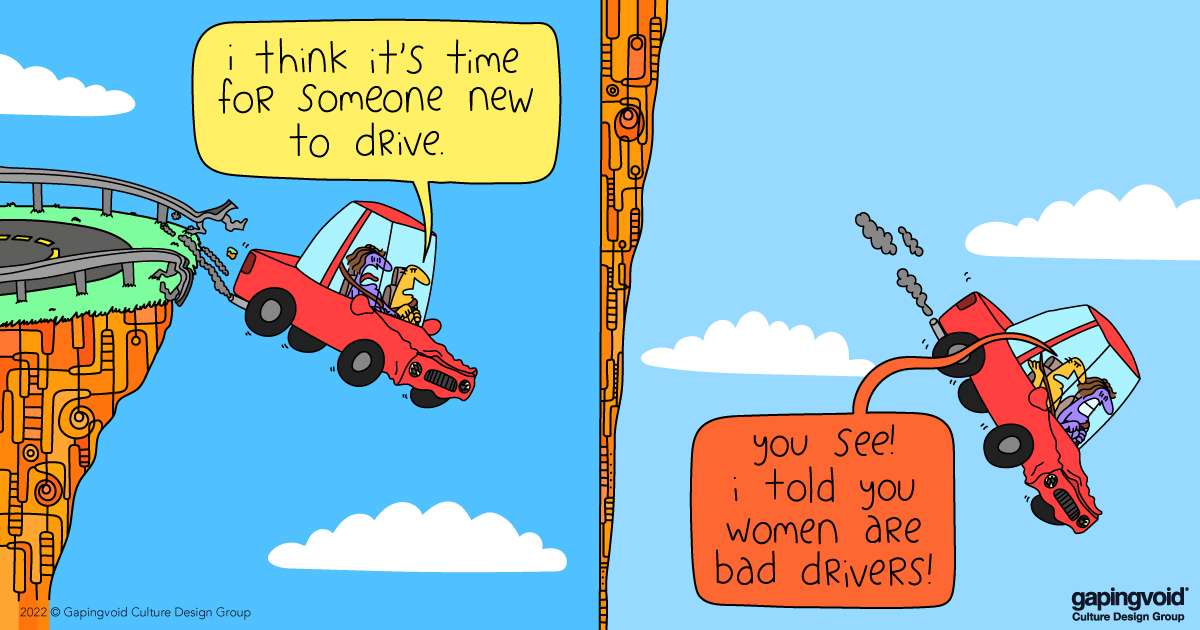 British Prime Minister, Liz Truss, resigned earlier this week after only 6 weeks in office, the shortest tenure for any PM on record.

There was even a cruel-but-funny meme going around, about a head of lettuce outlasting her time in office.

Politics isn’t really in our wheelhouse, however, it did make us wonder- was it all her fault?

Britain’s current dumpster fire (i.e. the British Pound reached its lowest level against the US Dollar in its entire history last week) began a long time before Truss came on board. She inherited the mess; she didn’t create it.

Business Insider speculates this may be an example of the “Glass Cliff” in action, a pattern where women are more likely to be chosen for senior leadership roles during times of crisis, undermining their chances of success.

And when things inevitably don’t go well (ahem – Truss), they are more likely than not to be replaced by a male.

It’s not that the world wants women to fail. It’s that old habits die hard. An HBR study shows that glass cliffs are cultural and shaped by common and outdated assumptions about leadership and gender.

Their findings show that when males lead and the company is performing well, no gender changes in leadership are perceived as necessary. It’s when said males steer the company into trouble, that female leaders are preferred.

However, if you look at companies with a history of female leadership, the glass cliff effect disappears. In environments where female leadership is the norm, female leaders will not only be selected to lead risky turnarounds but also get more opportunities to lead organizations with good prospects for success. And that’s a good thing for business and government, period.