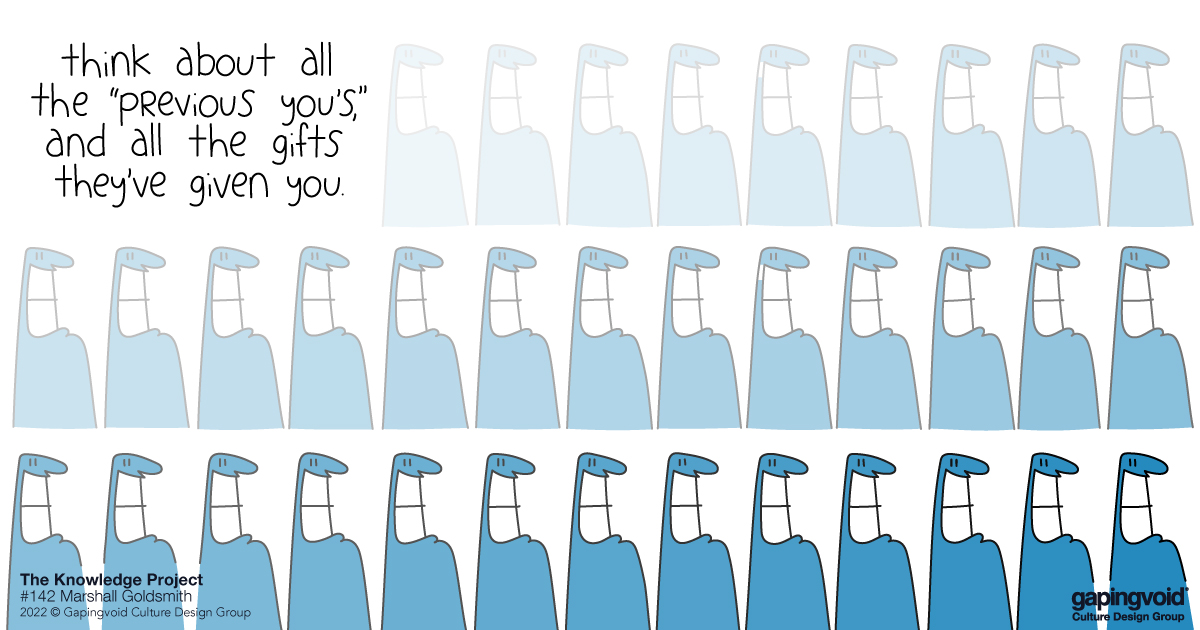 Recently, we listened to Marshall Goldsmith’s interview on The Knowledge Project, Episode #142.

Marshall Goldsmith is one of the top executive coaches in the world, if not the top. With many Fortune 500 CEOs as clients, he’s definitely on the A-List.

Despite all the business executives he coaches, the type of advice he gives on the podcast has nothing to do with industry. It can be summed up in two words: “remain human.” All the success in the world isn’t worth much if it costs you your humanity.

There’s one idea we particularly liked, about maintaining a healthy relationship with our past.

We have an old Gapingvoid line we’re fond of: “At least 10% of my waking hours are spent being mortified of my former self.”

It follows a similar vein to British Philosopher, Alain de Botton’s idea that: “Anyone who isn’t embarrassed of who they were last year probably isn’t learning enough.”

We’ve all been there. Kicking ourselves for our past sins, even if said sins have been long forgotten by everyone else.

Marshall has this neat idea that instead of beating up our former selves, we should thank them instead. After all, they’re the ones who got us where we are today.

There’s not a lot of ‘high-falutin,’ technical garb in the interview. It seems Marshall’s true superpower has less to do with that, and more to do with recognizing the true power of common decency. This is an idea we find rather reassuring.