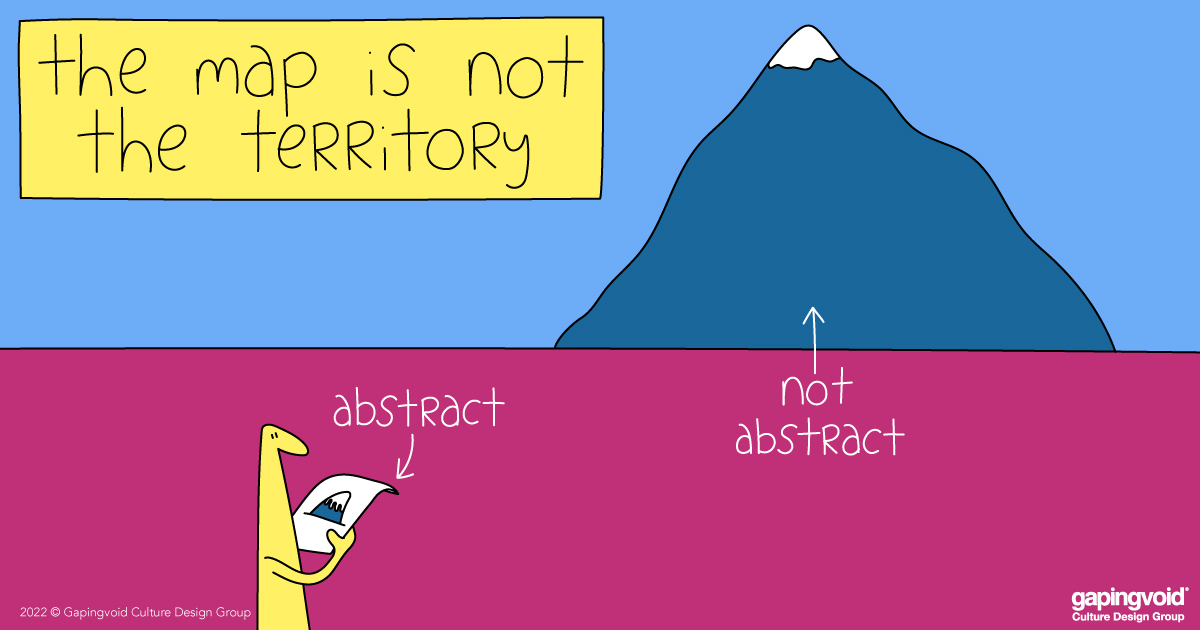 In the beloved sitcom, The Office, the main character Michael Scott drives his car into a lake.

Because he followed his GPS.

He focused on the map.

He ignored the territory.

The GPS said “go right,” so he did…but RIGHT, led into a lake.

Sometimes, the map is wrong.

As Aldous Huxley, author of A Brave New World, wrote in a little-known article, “Too much working hypothesis means finding only what you already know to be there and ignoring the rest.”

Your map is supposed to guide you through the territory, not blind you to it.

Your theory is supposed to guide you through the reality you face.

Remember that the reality, the territory, came first, before theories, and before maps.

This image and article were inspired by Episode 613 of the Tim Ferriss Podcast, with Russ Roberts, the creator of Econtalk.

Bonus link: We also wrote an article about how this impacts the language people use in their day-to-day lives at work.